‘What happens when you make a meat-free product that’s equally as delicious as the original? Chaos, that’s what’, reads the caption on Subway’s latest campaign video.

With fast food restaurants globally being forced to creatively rethink their menus to cater for a growing meat-free audience, there’s room for more imaginative ad tactics.

We’ve seen Gregg’s vegan adaptation of their famous sausage roll, and now Subway have partnered with Nestlé to reimagine their most popular sandwich, the Meatball Sub.

Promoting the release of their invention in the UK, their video aims to leave British vegetarians and flexitarians craving their faux meat alternative.

Here’s why Subway’s ‘Beyond Meatball Sub’ is our January campaign of the month.

“Less than 1% of the UK identifies as vegan, so this campaign addresses the 42% who call themselves flexitarians, without excluding the 88% who identify as meat eaters.”

This insight was revealed by a consumer survey commissioned by the Vegan Society, and was the core reason behind Subway jumping on the veganuary trend.

Introducing their meat-free sandwich to select stores in the UK, the campaign is aimed at those who enjoy the taste of meat, whether they’re vegetarians, vegans or meat eaters.

Having pinpointed their target market, they decided to engage them with a well-executed prank.

Subway wanted to send a message to the UK’s vegetarians: they should no longer feel left out because their exciting and surprisingly meaty-tasting veggie meatball marinara is now available.

This was brought to life by Sam Cadman, Director of the popular British show famous for its pranks on unsuspecting members of the public, Trigger Happy TV.

Using the very same tense, awkward but ultimately funny framework for its own campaign video, Subway invited members of the vegetarian UK public to an event to trial their new sandwich, only to find out that they’ve been given the meat version accidently.

The outraged audience’s reaction is caught on camera, just before the host explains that it was indeed the vegetarian version after all.

Subway could’ve opted to hire actors for the shoot, but David Billing, Chief Creative Officer of Above+Beyond (the agency spearheading the campaign) explains the value of doing it ‘for real’:

“You simply can’t predict what’s going to happen each time, and you definitely can’t simulate the kind of reaction that a real audience will have when things have seemingly gone horribly, horribly wrong.”

By aligning its message with the UK’s taste for awkward satire, the video seeks to strike a chord with its intended audience.

The campaign skilfully hits home its core message – the fact its new sandwich could easily be mistaken for the meaty alternative (something that the 42% of the population who identify as flexitarians will appreciate).

Subway tapped into swathes of the population who enjoy the taste of meat, but who may not actually eat it, by creating a product that piggybacks off the success of their existing sandwich – something we’ve seen plenty of food brands do.

Delivering their message in a way that playfully pokes fun at the seriousness of the veganuary movement was a clever twist.

It’s this aspect that allows Subway to tantalize a new audience subset into trying its new produce. 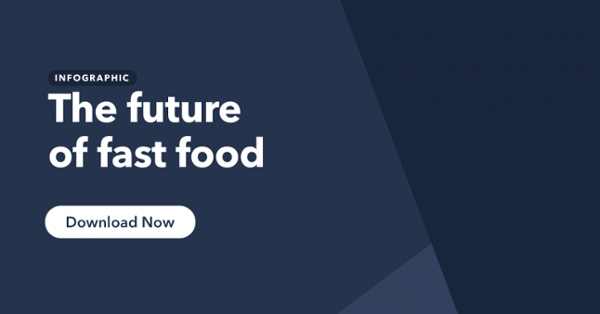