Campaign of the Month: IKEA – ‘Steps’

IKEA is working towards a big goal.

The world’s largest furniture retailer hopes to inspire and enable more than one billion people “to live a better everyday life within the limits of the planet”.

Any and every initiative linked to this core objective the brand refers to as ‘being people and planet positive’.

IKEA recently opened its most sustainable store, having worked closely with The Royal Borough of Greenwich on the project. The ethos is to promote sustainability on a new level.

Londoners who visit will have the opportunity to learn about how to lead a greener lifestyle, not simply from purchasing the brand’s products, but by participating in a range of free workshops and activities.

Posters are currently on display around South East London, urging people to reconsider how they’ll get to their new IKEA UK Greenwich store.

Here’s why we chose IKEA’s ‘Steps’ campaign as our April campaign of the month.

Increased awareness about the health and status of our planet has consumers literally buying into the eco-consumerism way of life.

Not only is the trend for consumers to “go green” gaining momentum, it’s bordering on mainstream.

Our latest research shows more than half of consumers who buy eco-friendly products do so because they want to be part of a positive movement.

Sustainable packaging also now factors into the everyday purchase decisions of consumers. The number of consumers who say they’re willing to pay more for sustainable products has risen – from 49% in 2011, to 57% in 2018.

In contrast to fast-paced societies and modern conveniences, wanting to conserve the environment was, for a long time, attributed to people living alternative lifestyles. But a growing number of people have been feeling the need to take action.

33% of consumers see brands as responsible for the environment.

IKEA, recognizing the role brands have to play in inspiring environmentally-conscious consumers, launched their ‘Steps’ campaign.

Brands often occupy signage in public places to let people know how far away they are from a particular store. But, more often than not, the messaging states how long it will take to reach that store by car.

But choosing to drive (when walking is an option) doesn’t mesh well with today’s standards, given how harmful driving is for the environment.

Wanting to attract foot traffic from people in the local area, IKEA chose to take a different route, using signs to demonstrate how their stores are so accessible, you can walk there.

The directional signage on every one of IKEA’s posters is unique – listing the exact number of footsteps someone needs to take to reach the  Greenwich store from the poster’s location.

“The store has been built with the local community in mind,” said Helen Aylett, Store Manager at IKEA Greenwich. “We know that choice, convenience, value and speed are key, and most people like to go shopping without the hassle of having to get everything back home. Instead of bringing their cars, we’re encouraging our customers to simply bring their keys, phone and wallet and we’ll sort out the rest.”

Helen added that everyone arriving on foot or by public transport was entitled to cheaper home delivery services for 10 weeks after the store’s opening.

IKEA is ultimately sending the message that sustainability is a mindset, and we all have a part to play.

Eighty posters are currently being displayed, allowing directions to IKEA to become well-known in the local area throughout the six-month long campaign. Mother’s aim was to highlight that the store is situated precisely where it is to make it accessible on foot. And the message is clear: driving won’t be necessary.

Timing is key to the campaign’s relevancy, as it coincides with the rise of green consumerism, one of 2019’s key consumer trends.

Given that being sustainable isn’t just about what you purchase, the ‘Steps’ campaign’s success is down to the fact that it reminds people how easy it is to make greener choices in every aspect of their lives.

IKEA has made it realistic for people to switch up the way they might usually travel (and leave their car at home), by rewarding these visitors with affordable and convenient delivery options.

Consumers who are being given the chance to reduce their carbon footprints in this way have found themselves being able to lead by example – and it pays:

47% say the reason they buy eco-friendly products is to be a positive role model for friends and family.

Adopting cleaner, greener standards of operation is a must, for any brand aiming to future-proof itself against the rising tide of consumer scrutiny.

IKEA is paving the way for large companies, proving they can – and do – act responsibly. 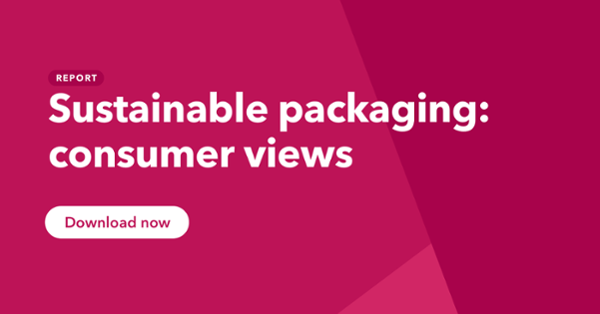