Campaign of the Month: #OptOutside – REI

American outdoor retailer, REI, was founded by 23 mountain climbing friends in 1938. Now the largest consumer cooperative in the U.S., it’s a brand whose roots remain firmly planted in the outdoors, no matter how large they grow.

When brainstorming ideas for their 2015 marketing campaign, one suggestion stood out above the rest: “what if we close on Black Friday?” This led to the creation of one of the most transformative campaigns ever made.

But since its initial success, REI has continuously reinvented the campaign, using data to take it to new heights and let their customers continue the story. Here’s why we chose the latest #OptOutside as our November campaign of the month.

“Nearly 143 million Americans, or 49.2 percent of the U.S. population, participated in an outdoor activity at least once in 2013.”

This statistic, from a report by The Outdoor Foundation, proved that not only are outdoor recreational activities highly popular in the U.S, there’s also room for expansion.

For the past three years, REI has developed its #OptOutside campaign utilizing the consumer insights they have continuously gathered. In 2016, they partnered with big brands like Google and Subaru and created an online platform where their customers could find outdoor activities nearby and upload their own photos.

This year, they’ve taken the platform one step further, creating what they’ve dubbed “an experiential search engine” where people all over the world can upload photos and videos of their outdoor adventures. This user-generated content is pulled from Instagram and includes real-time information on locations, the difficulty level of the activity, and much more.

The message of the original campaign was that everyone deserves to spend time outdoors rather than working or shopping. To get this message across, REI took a bold stand by opting out of one of the most lucrative shopping holidays of the year.

REI even went so far as to pay all of its employees to take the day off, proving the brand’s empathy for people; just like their customers, they would rather be outside than joining the endless Black Friday queues.

This core message has stuck throughout, but has been supplemented by the online platform where users can showcase their outdoor activities as well as find new locations and adventures to take on – inviting their consumers to get involved in the story.

The description to the video reads: “In 2017, the story of #OptOutside is you. Your photos, your moments – five million and counting.”

This positions the customer as the true focal point of the campaign, both as its intended target and its creator, with UCG (User-Generated Content) creating the bulk of the impressive campaign collateral.

#OptOutside remains a contemporary and rule-breaking campaign, having won numerous awards such as the Titanium Grand Prix at Cannes in 2016 and the Promo and Activation Grand Prix.

“What started as a moment has kind of become a movement,” says Steele. “It’s about behavior change and giving people tools to do something different with their time. The experiential search engine idea is really about: if we’ve invested in helping people get out, enabling them to get out there, how can we connect those dots even more?

“Inspiring them with the stories of people living the life outdoors, enabling them with awesome trail content that gives them the functionality to get out there, augmenting that with classes and events and the best expert advice, and connecting the co-op into one place and one experience.”

REI’s success proves that going against the grain and taking calculated risks backed up by insights can pay off for years to come. 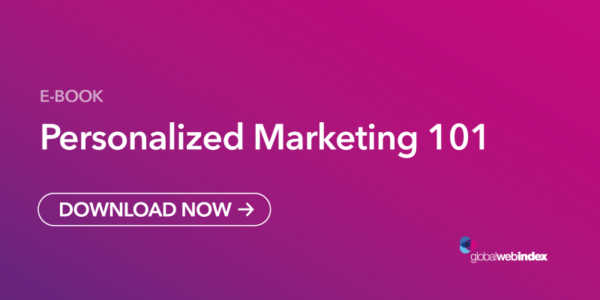