Campaign of the Month: Wall of Honor – Red Wing Shoes

Founded in 1905, Red Wing Shoes has built its long-standing reputation as a leading supplier of durable, purpose-built footwear for hard-working Americans. With over 400 stores across the US, it’s a brand that has cemented its status as a trusted choice for work boots in the outdoor sector.

Using insight to drive its latest user-generated campaign and bring the brand’s personality to the fore, here’s why we chose Wall of Honor as our July campaign of the month.

Employing the help of Chicago-based agency, SOCIALDEVIANT, the team was asked to raise awareness of Red Wing work boots among millennial tradesmen, to create a real connection with them, and drive purchase intent. Stephen Mariani, Account & Strategy Lead at SOCIALDEVIANT tells us:

“Through our audience research, we found that the new millennial tradesmen looked for recommendations from the more experienced tradesmen as their main evaluation criteria.”

“Given this insight, we knew we needed to tap into the loyal Red Wing work boot wearers to tell the story for us. We knew the amazing stories existed — we had been hearing them for years — we just needed to give the loyal fans a place and reason to share them.”

With this in mind, the teams created a monument to the American Worker — the Red Wing Wall of Honor — to highlight the real worn boots and the “epic stories” behind them.

As part of a six month campaign, rallying behind the hashtag #AmericaWorking, they’re asking men and women across the country to submit their stories and be the voice of the brand. Acting as a shrine to “the American Worker”, customers are encouraged to:

“Pay respect to your old worn boots. The boots you put on every day. Made your living. Built your reputation.”

Celebrating the unwavering, ‘tough-as-nails’ work ethic of hard-working Americans, it’s a message that resonates with all Red Wing consumers – from those battling intense conditions in their daily roles to those who opt for the more adventurous lifestyle.

“Using an integrated effort with creatives focused on paid and organic social, email distribution, brand ambassador forums, and signage in-retail, the campaign will culminate with thirty epic stories and boots to be honored on a physical monument at Red Wing headquarters”, says Stephen.

“The wall demonstrates the brand connection to its core customer and reinforces Red Wing’s positioning as a trusted work companion that always has your back”, Bruce Winder, co-founder and partner of the Retail Advisors Network told Adweek. 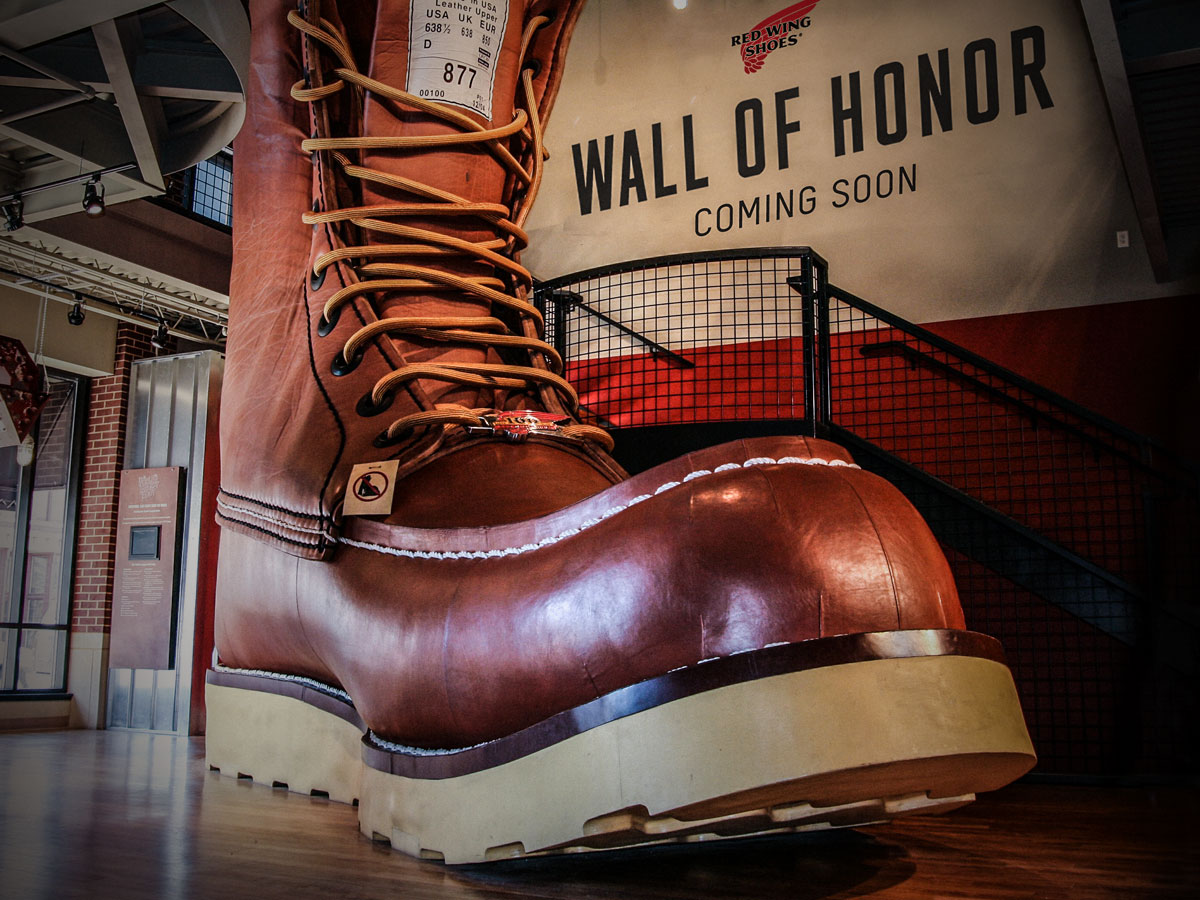 “During the first three weeks of the campaign, we have blown all benchmarks and expectations out of the water”, says Stephen.

“We still have three weeks left and have already reached four million impressions with a 96% positive sentiment around the brand and campaign – unheard of in this category.”

Bringing in over 200 submissions in its first few weeks, the bold move is giving its advocates exactly what they were promised – a platform to share their stories and a chance to show others what it’s like to walk a mile in their shoes. Among these, incredible stories like the following are claiming the top spots on the Wall of Honor:

Proving the value that lies in understanding your audience and inviting them to help shape your brand identity, the Wall of Honor campaign is 100% authentic and consumer-centric. The innovative use of User-Generated Content has brought the brand closer to its consumers while bringing its image to life.

Working closely with Red Wing Shoes, the social media agency plan to unveil the physical and digital iterations of the Red Wing Wall of Honor in the coming months.