Campaign of the Month: ‘What Girls Should Reach For’ – Young Women’s Trust

It won’t be news to anyone that there’s a gender pay gap. But what might be surprising is that research finds the estimated time it’ll take for a gender balance to take place is actually increasing, not decreasing.

Looking to shine a light on this issue and empower young girls to strive for careers they otherwise might not, Young Women’s Trust is calling out specific fields in which women aren’t commonly represented.

Here’s why we chose ‘What Girls Should Reach For’ as our October campaign of the month.

It will take 217 years for disparities in the pay and employment opportunities of men and women to end, according to the World Economic Forum. This is a 47-year increase from the same study the year before.

With this insight at hand, the teams set out not only to drive more awareness around the increasing gap – but to offer a playful solution.

Looking to highlight career areas where women are still hugely under-represented and equality is still rife, Young Women’s Trust, alongside BBC Creative and Grey London, created a baby mobile featuring symbols like a rocket, a football, and a sign saying ‘CEO.’

The project also includes downloadable patterns describing inequalities in areas like equal pay. And the message that reigns is a clear one:

Raise girls with ambitions, not limitations. 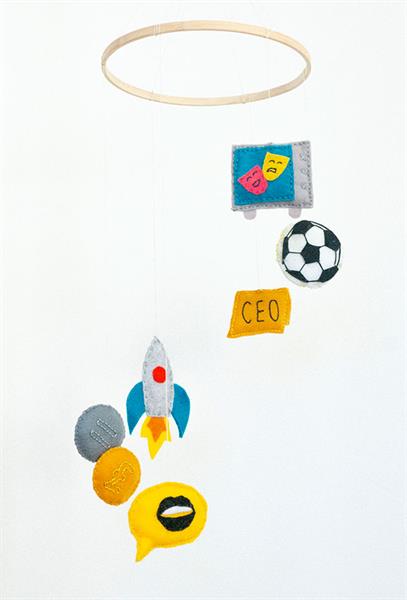 Joe Levenson, Director of Communications and Campaigns at Young Women’s Trust, says, “Despite record numbers of women in the workplace, young women are too often told what they can’t be rather than encouraged to be anything they want to.”

To combat this, the overarching campaign message is aimed at parents, who are implored to support their daughters from day one and encourage them to aim high.

Taking a fresh and playful approach, the campaign put the spotlight on future generations of girls, and how parents can work to empower them from birth.

Sarah Fox from BBC Creative says, “We knew we wanted to do something on this topic when we found out there are more people called Dave than there are women in the FTSE 100.”

It’s a step in the right direction, using inventive creative driven by data to encourage parents to support their daughters from an early age and end gender inequality sooner.