Over 1 in 2 Now Watch Video on Social Each Month

According to our latest waves of data, 56% of internet users report watching videos on the four major networks, up from 38% in 2015. There’s a strong peak in Latin America, where over 7 in 10 now report doing this, but it’s significant that four of the five regions are above 50%.

Continued investment by major networks – with Facebook launching its video streaming hub, and Snapchat adding original shows to its Discover feature – suggest that engagement with this media will continue increasing in the quarters ahead. And the opportunity for brands is very apparent here, especially when pre- and mid-roll ads on social video are mostly immune from ad-blockers. 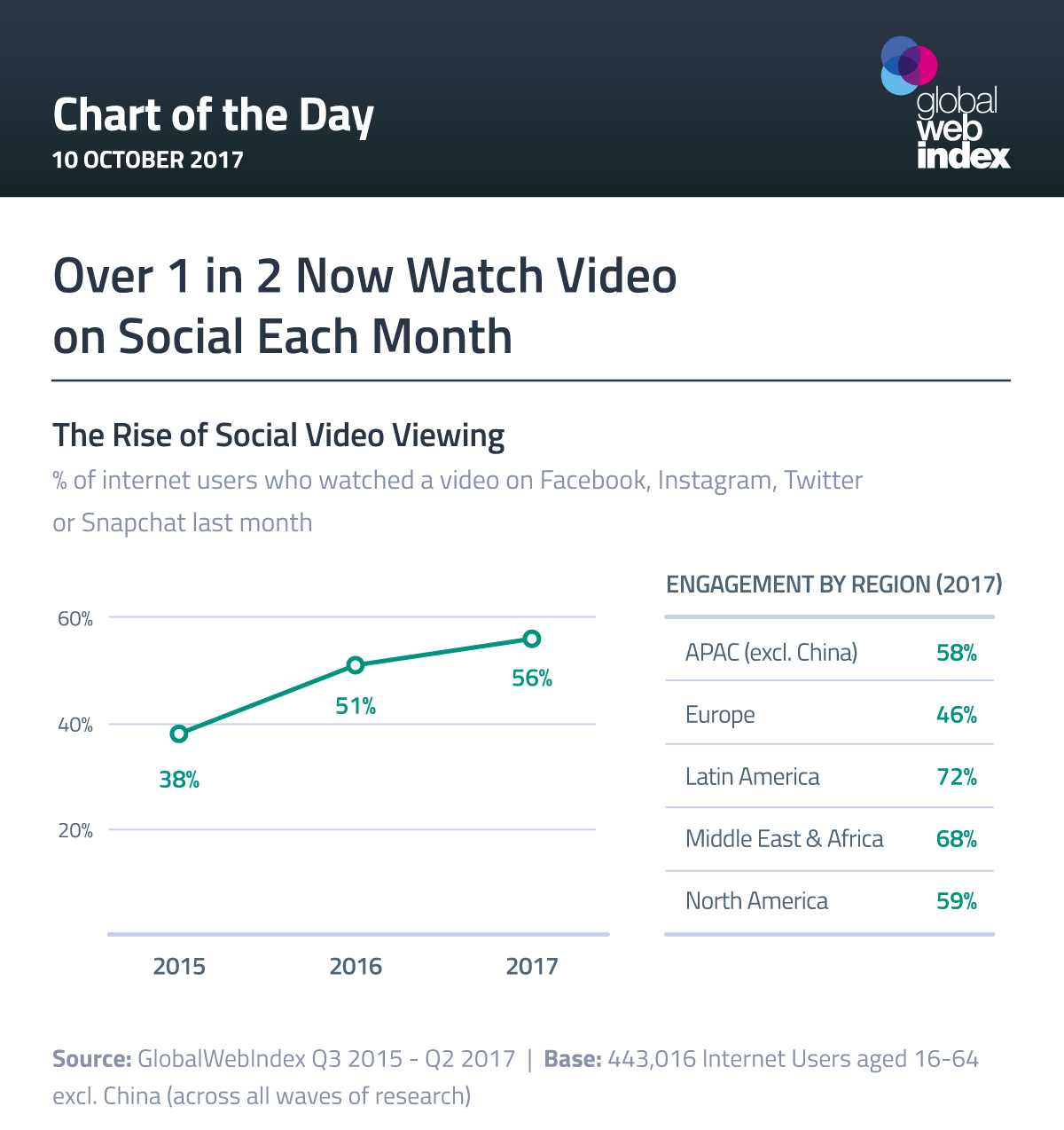