1 in 2 Watching Catch-Up TV Each Week

Last week Amazon announced it was adding more than 40 live TV channels to its UK streaming service, upping the stakes against rival Netflix and pay-TV operators like Sky.

This broadening of content is a smart move for Amazon and a direct response to the TV behaviors of consumers more generally. On-demand subscription and catch-up services continue to gain traction, being used by about half of internet users each week, but there’s no doubting the continued importance attached to live TV.

Around 3 in 4 online adults say they watch TV live as it is broadcast on a weekly basis – meaning they’re 50% more likely to be doing this than watching TV on catch-up. And even for 16-24s, who are leading the charge towards online forms of TV, there’s still a 10-point difference between the numbers watching TV live (59%) and via catch-up (48%). 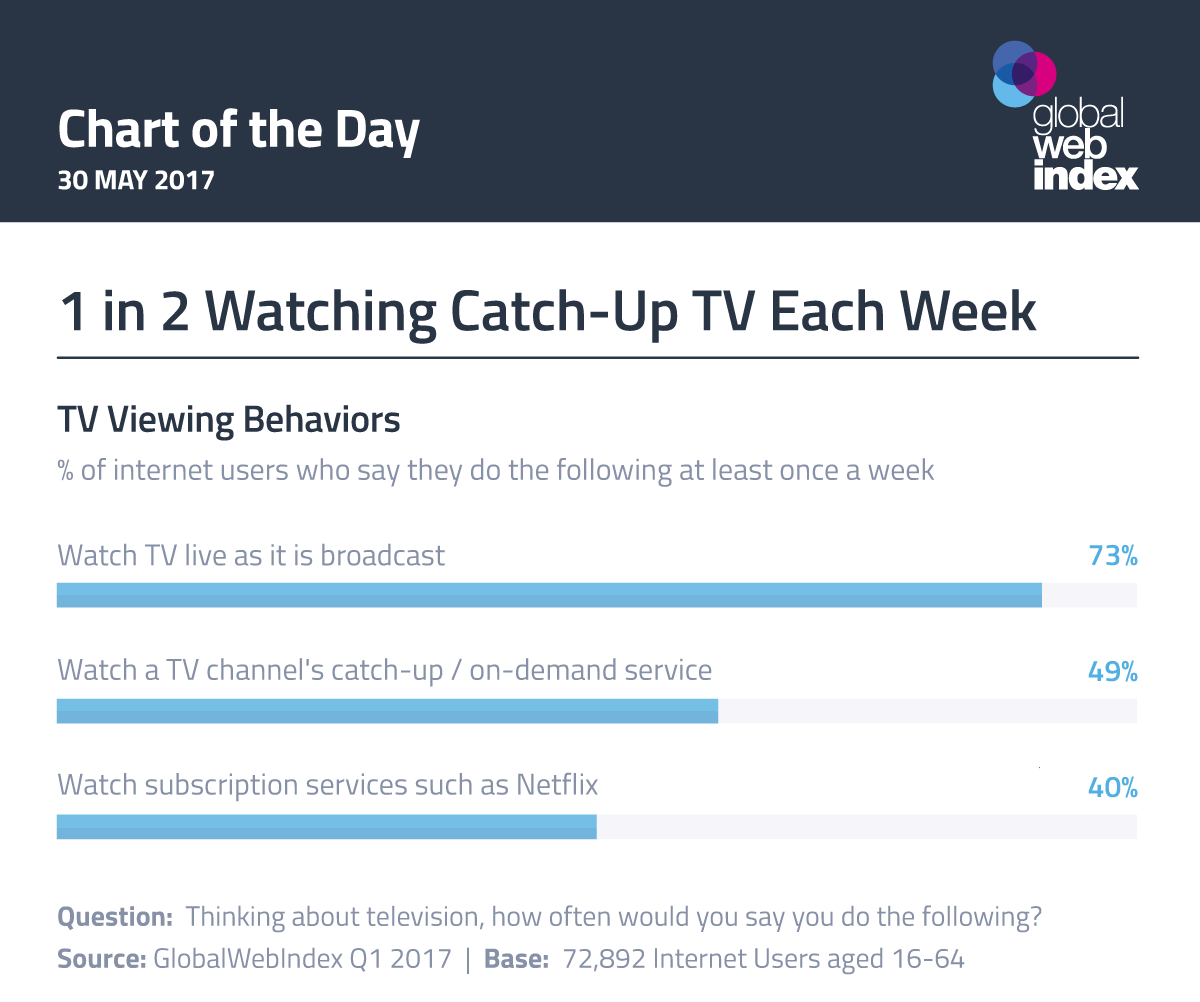