As Facebook Messenger celebrates the fifth anniversary since launching its app on Android and iOS, today we take stock of its impressive growth over the last three years.

Outside of China, engagement with Facebook’s chat app has almost trebled since 2013 (when GWI began tracking Messenger). Some of the most striking growth can be seen following 2014, when the messaging service fully migrated from Facebook’s main app to its current standalone chat app.

This growth shows no sign of slowing, especially as the app continues moving beyond a simple peer-to-peer messaging tool into a service-facilitating platform. Integrating SMS into its app has also given users more reasons to engage, but the key growth areas for Messenger now are the growing online populations of fast-growth markets where mobile is increasingly central to online activities. Although the competition in the chat app market in these countries is fierce, if it can prosper in these countries then we can expect current growth rates to continue. 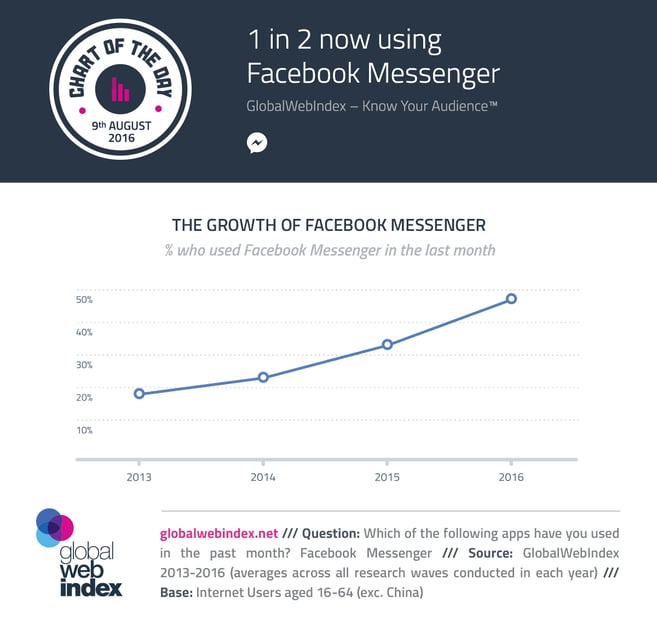