From MMORPGs to casual games, hundreds of millions around the world are still turning to PCs/laptops for gaming activities: as we explore in our new PC Gamers Audience Report, a mighty 48% of internet users say they played a game on one of these devices last month.

Geographically, this trend varies strongly. As a result of the only-recently-repealed ban on games consoles, China is at the very forefront, with 6 in 10 reporting themselves as PC gamers. But the expense of consoles means that other fast-growth markets are also prominent here; half or more in Vietnam, Thailand, Turkey and Brazil say they play games on a PC each month.

Elsewhere, some more mature markets show strongly too – almost half in the US and Canada say they are PC Gamers. But figures fall to about one third in some European countries like the UK and Germany (with the older age profile of some European internet populations having a clear impact here).

By age, 16-34s are the most likely to be PC Gamers (globally, over half are); by gender, there is no divide – women are just as likely to say that they use PCs to play games as men. 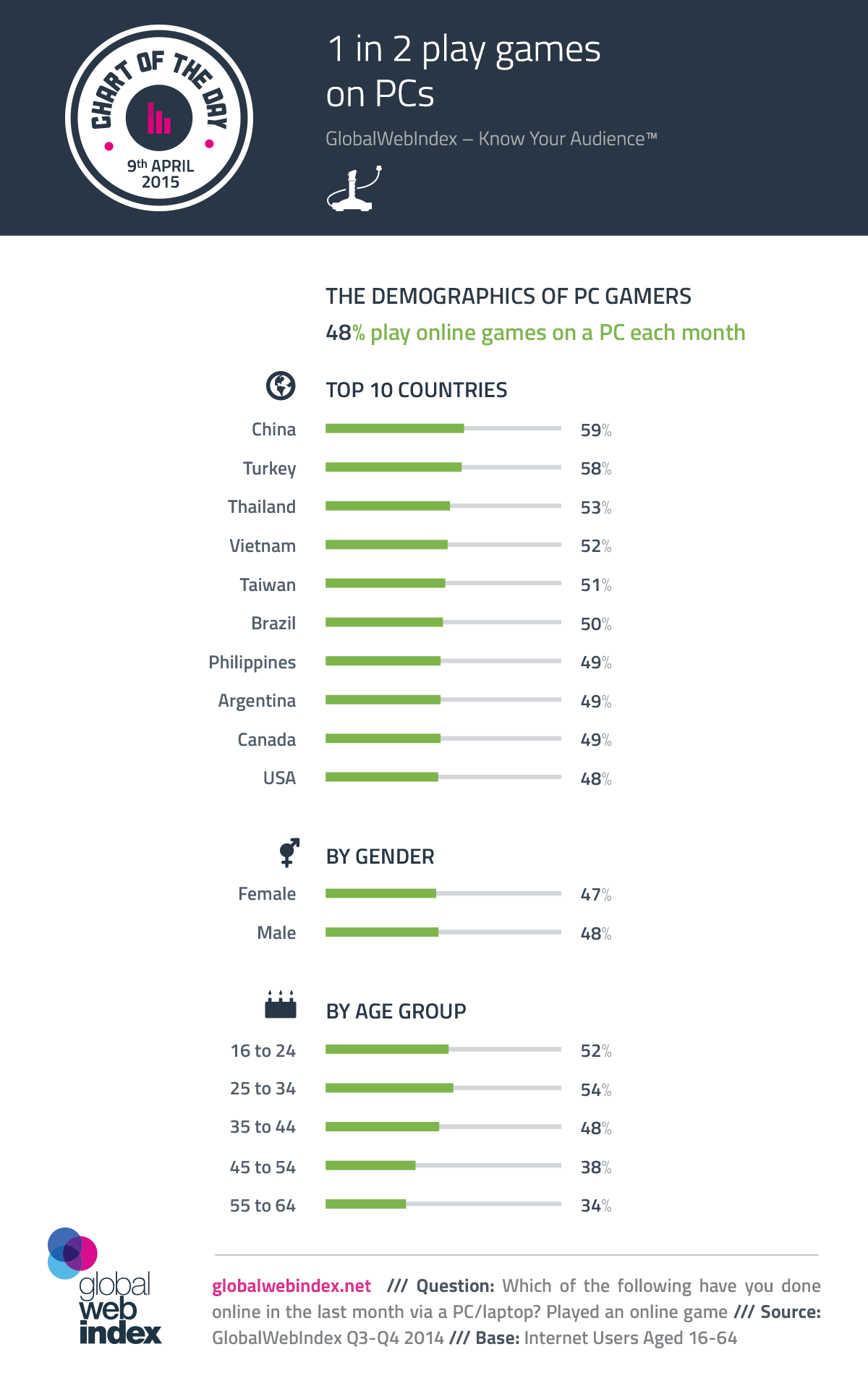