1 in 3 are Streaming TV on Mobile

It’s well-known that the larger screens and greater picture clarity of PCs/laptops command a certain appeal when it comes to online video entertainment. But as today’s Chart of the Day shows, mobiles are beginning to close the gap.

Although the majority of those who are watching live TV on a streaming service are doing so on a PC/laptop, the growing popularity of “phablets” combined with improvements to smartphone resolutions mean that mobiles are now posting some impressive figures too. 1 in 3 internet users are streaming live TV on their mobiles each month, with figures reaching 10-points higher among 25-34s and those in APAC.

That mobiles allow users to engage with entertaining content wherever and whenever they please is likely to be standing mobiles in good stead here. And as these devices continue to grab a bigger share of time spent online each day, it’s only a matter of time before this gap narrows still further. 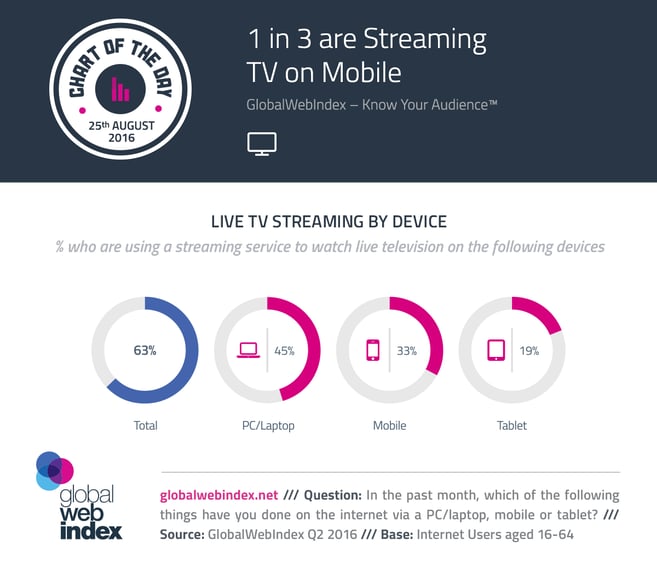