As Facebook finishes its first test of the Aquila internet drone, Tuesday’s chart illustrates that 1 in 3 internet users globally are already interested in using this type of tech in the future.

Men have a clear lead over women for interest in drones, just as the younger age groups are ahead of their older counterparts. There’s a strong income pattern too, with the highest earning quartile notably ahead of the other ones.

Of course, it’s still very early days for drones and plenty of time will be needed before we start seeing mainstream, consumer-facing applications. Even so, with around 40% of 16-24s in all regions expressing an interest, there’s certainly no shortage of enthusiasm. 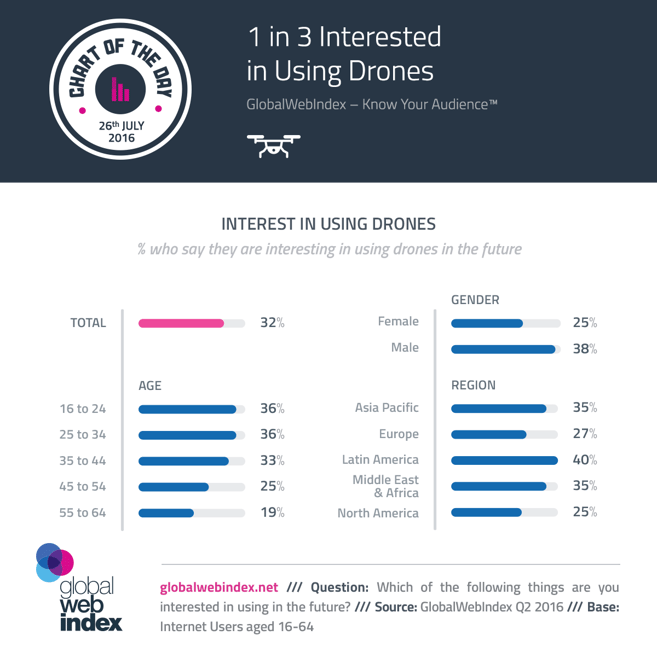