Following last week’s Chart of the Day on desktop ad-blockers, today we take another look at the implications of device sharing on the reach of ad-blocking software, this time in relation to mobiles.

It’s long been known that devices such as PCs, laptops and smart TVs are shared by multiple users. But GWI’s data makes it clear that the same trend is in evidence for mobiles too. In fact, as many as 1 in 3 mobile ad-blockers are sharing their device with at least one other person, with 1 in 10 sharing with four or more other (a trend which is strongest among users in fast-growth markets).

Mobile ad-blocker users in LatAm are the most likely to share their device (1 in 2 do). But with 1 in 3 in APAC doing the same, the potential extended reach of blockers in this region is considerable. Just like with desktop ad-blocking, it’s important to remember that one install does not necessarily equal just one person blocking ads. 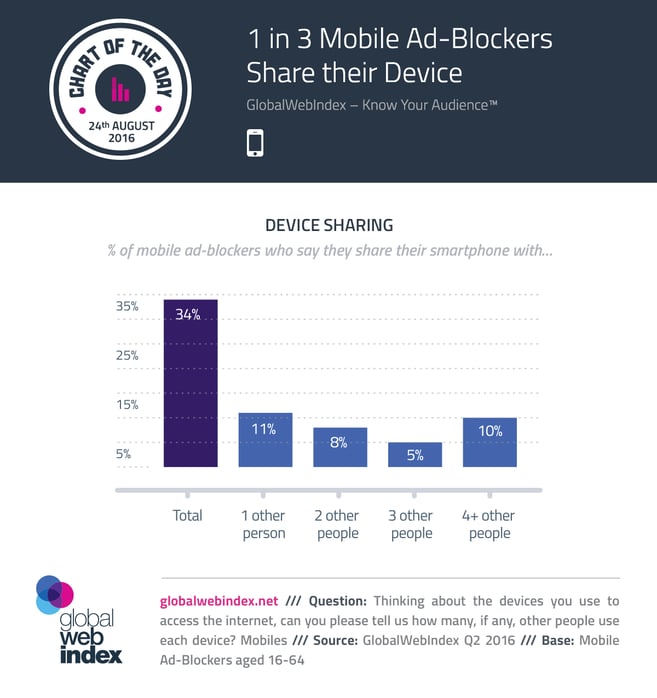