Today’s chart previews more data from our new Online TV report to look at those internet users who are choosing to watch linear TV only.

Linear-only viewing is much more widespread than online-only viewing. It’s 1 in 3 internet users who are doing it, with older age groups posting by far the highest figures. In fact, 55-64s are 2.5x as likely to be ‘linear-loyalists’ as 16-24s: almost 2 in 3 of the oldest age group watch just linear TV, compared to only a quarter of 16-24s.

This helps to explain why we see such vast differences by country. Mature markets, where online populations tend to comprise greater proportions of older internet users, are the most likely to have large numbers of ‘linear loyalists’. 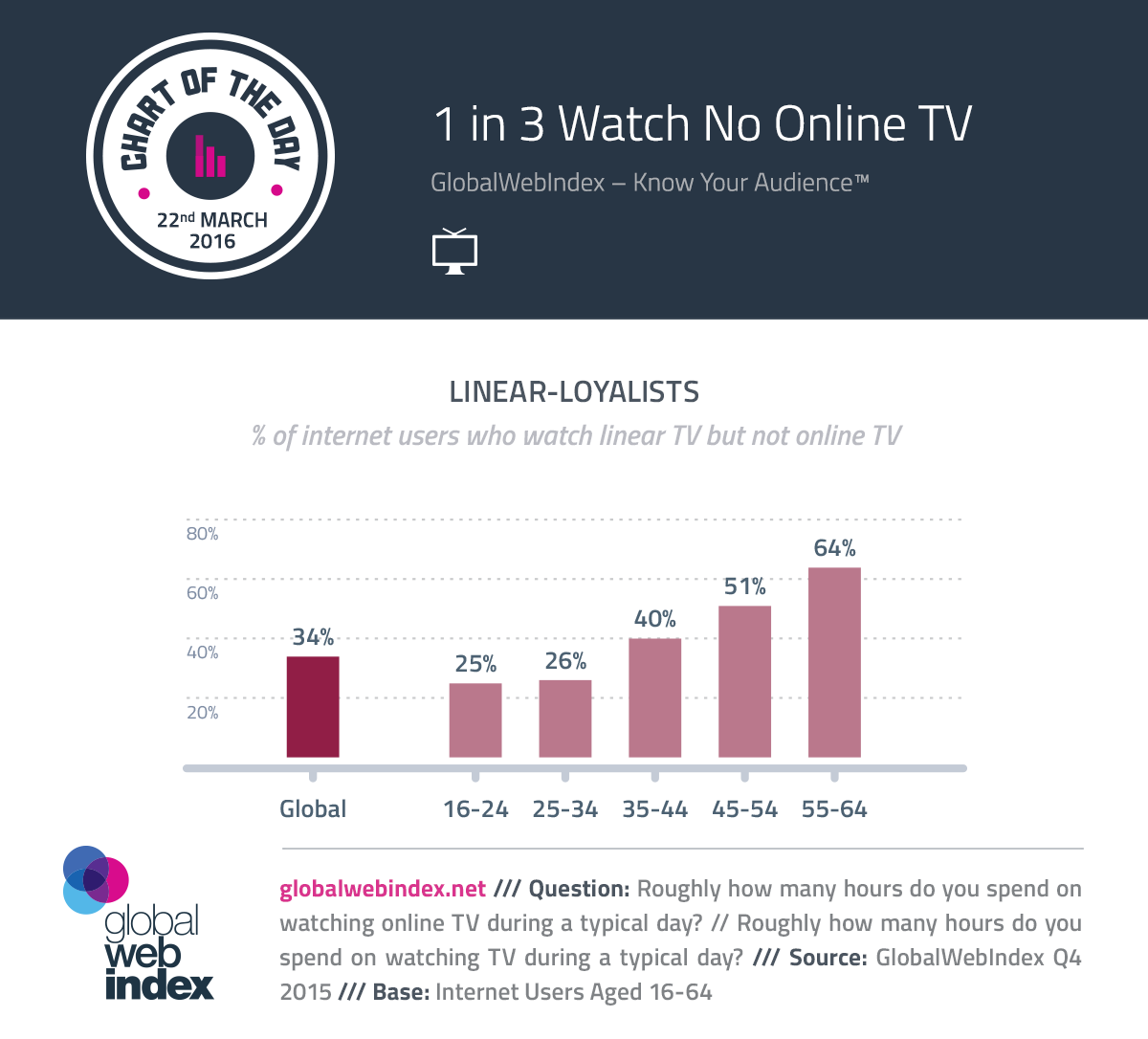