1 in 4 in Europe Watch Wimbledon

As we head into the first weekend of the Wimbledon Tennis Championships, this week’s final Chart of the Day looks at how many internet users will be tuning into the tournament across Europe and North America.

In Europe, it’s 25% of internet users aged 16-64 who say they watch Wimbledon on TV. That’s already a pretty impressive figure, but it rises still higher to 4 in 10 across the UK and Ireland. In North America, meanwhile, it’s a not insignificant 18% who say they watch the tournament (with Canada being slightly ahead of the USA).

The continued importance of linear TV shines through here. In Europe and North America, only 1 in 20 say they are catching Wimbledon matches online. Even in the UK, where the BBC provides extensive free online coverage, only 5% are doing this. Clearly, then, linear TV will retain its importance for some time when it comes to an event like this. 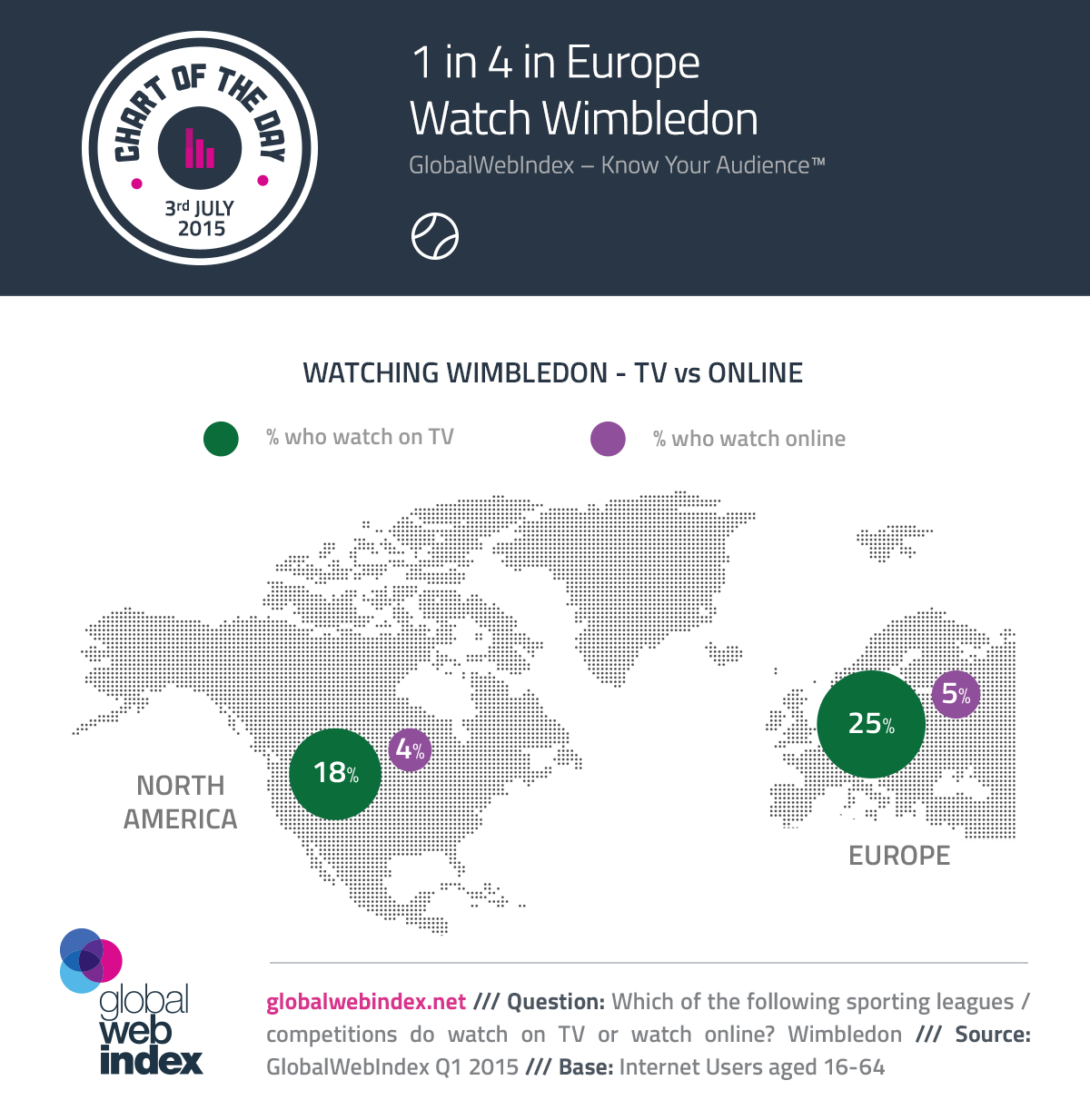