1 in 4 Instagrammers Sharing Photos to Other Networks

It’s now almost 60% of the key Millennial group who have an account on Instagram and, as today’s Chart of the Day shows, one reason why the network has become so widely known among social networkers is the likelihood of people posting their Instagram content to other services.

The average internet user now has 7 social media accounts and, as Instagrammers of all ages are just as likely to be sharing photos to other networks, it’s clear that the platform has made the multi-networking trend work to its advantage. 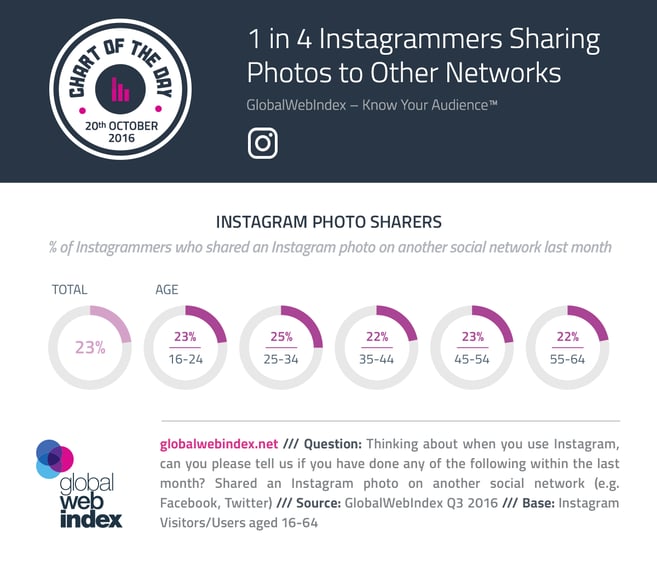