One of Facebook’s major focuses in recent quarters has been to re-engage existing users who may have started using other platforms. That’s one of the key reasons behind the development of Facebook At Work (with the healthy growth figures being posted by LinkedIn no doubt acting as a catalyst).

As we explore in our new GWI Social report (download a free summary here), the prospects for the service look promising; overall, about a quarter of internet users in the UK and USA express interest in using it. This rises a little higher among Facebook active users, to 29%, and climbs still further to 31% among Facebook visitors. Tellingly, though, the highest percentage of all is recorded among LinkedIn users, at 49%. Clearly, Facebook will be hoping to attract some of this platform’s users to its own business offering.

Of course, translating expressed interest into actual usage is a quite a challenge. But the impact of Facebook’s reach combined with its determination to stay relevant should not be under-estimated. It’s also a sign of things to come: LinkedIn might be the target right now, but in an increasingly competitive networking landscape where Facebook needs to keep investors and headline writers happy, you can bet it has other networks on its horizon too. 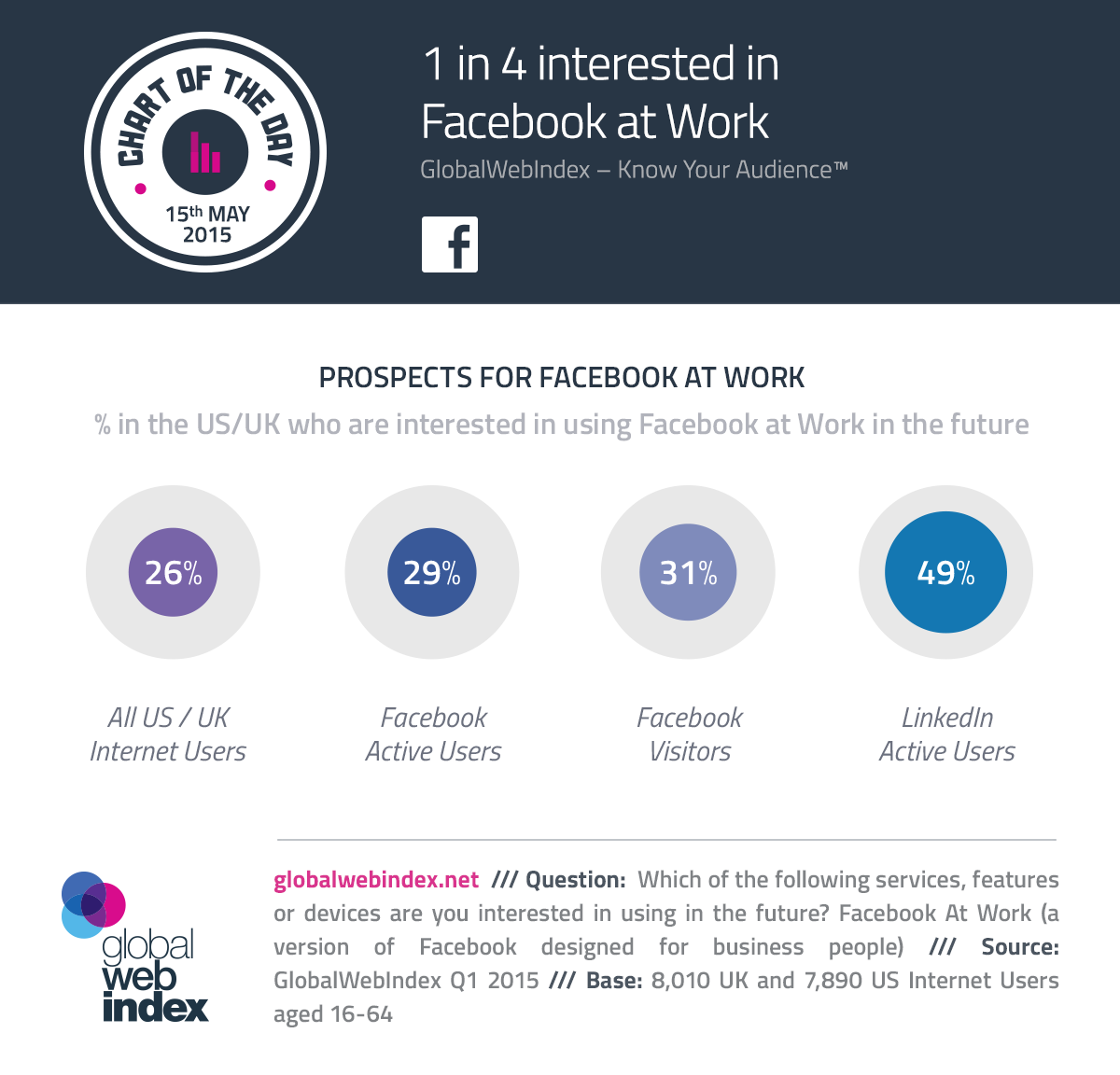