Hot on the heels of Sony’s recent announcement about the ‘PlayStation Neo’, Tuesday’s Chart explores which of the major console brands currently generates the most interest among consumers.

In terms of ownership, last-gen consoles still rule the roost; PlayStation 3 scores the best figures (1 in 8 have access to one), with Nintendo Wii and the Xbox 360 then following.

But look at future purchase consideration and it’s the PlayStation 4 which moves to pole position. 1 in 4 digital consumers say they are interested in purchasing Sony’s next-gen console (rising to 3 in 10 among 16-34s). If Sony’s upcoming upgraded console is able to convert this demand into actual sales, the so-called ‘PS4.5’ could make a big impact. 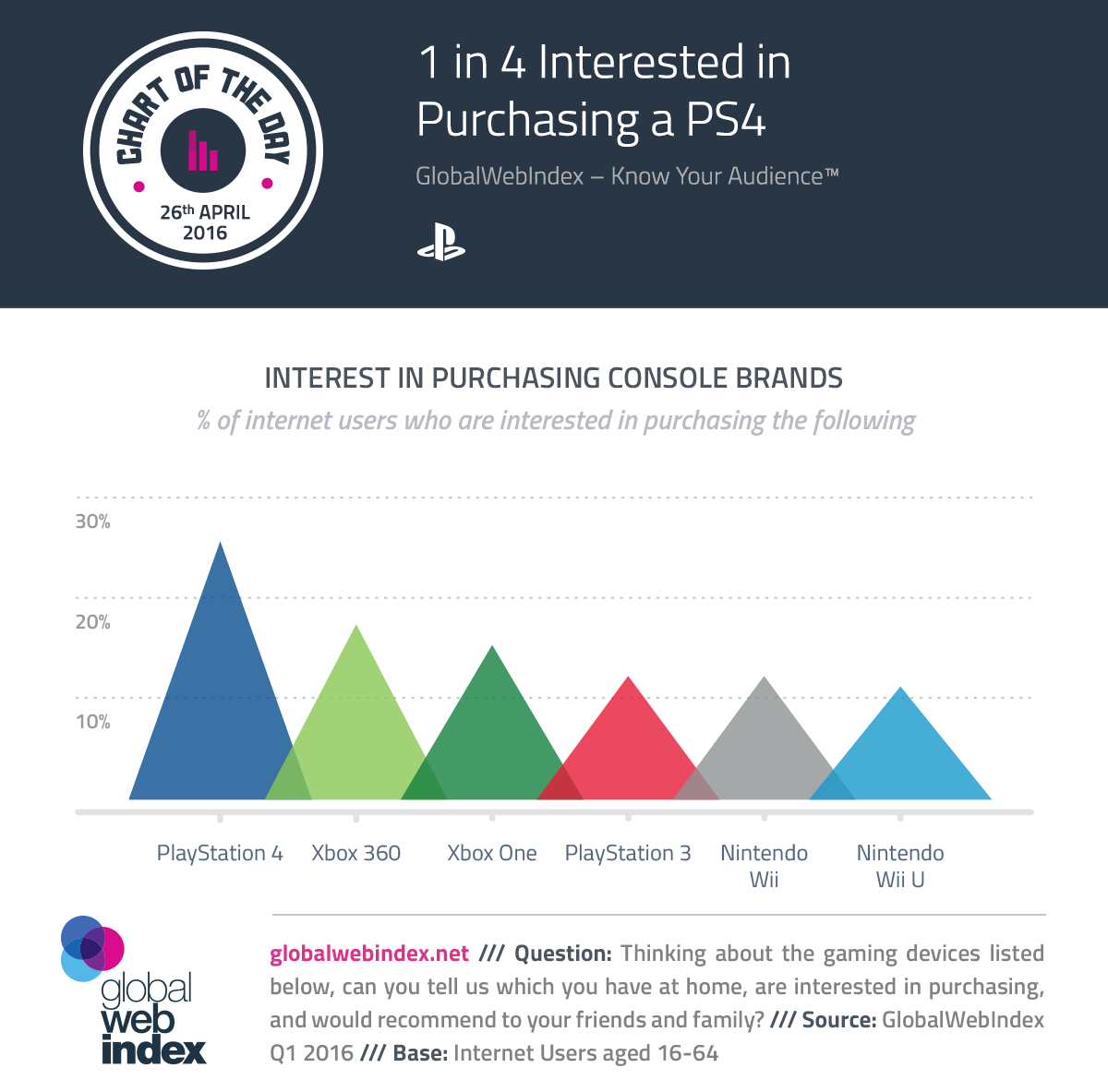