4G has been available in many markets for some time now and it’s clear that this high-speed connection is beginning to make its mark. As we discuss in our new GWI Device report, the numbers accessing 4G continue to rise, whereas 3G is seeing a parallel decline (you can get a free summary of the report here).

It’s now 23% of internet users who say 4G is the standard connection they use when accessing the mobile web. The largest segment are still on 3G (30%) but the gap is closing each quarter.

By region, North America has an extremely pronounced lead here; adults in America and Canada are almost twice as likely to be 4G users as their counterparts in all other parts of the world.

Unsurprisingly, there’s also a strong link with income; the top quartile have a lead over the bottom one of 17 percentage points. This also has an effect on age-based patterns, with the less affluent 16-24 group lagging behind 25-44s.

By brand, it’s no surprise to see iPhone 6/6+ owners, who are more likely to be affluent and North American, leading for 4G use.  In contrast, Samsung owners and Windows Phone OS users post much lower numbers.

For more on 4G users, see our Audience Report. 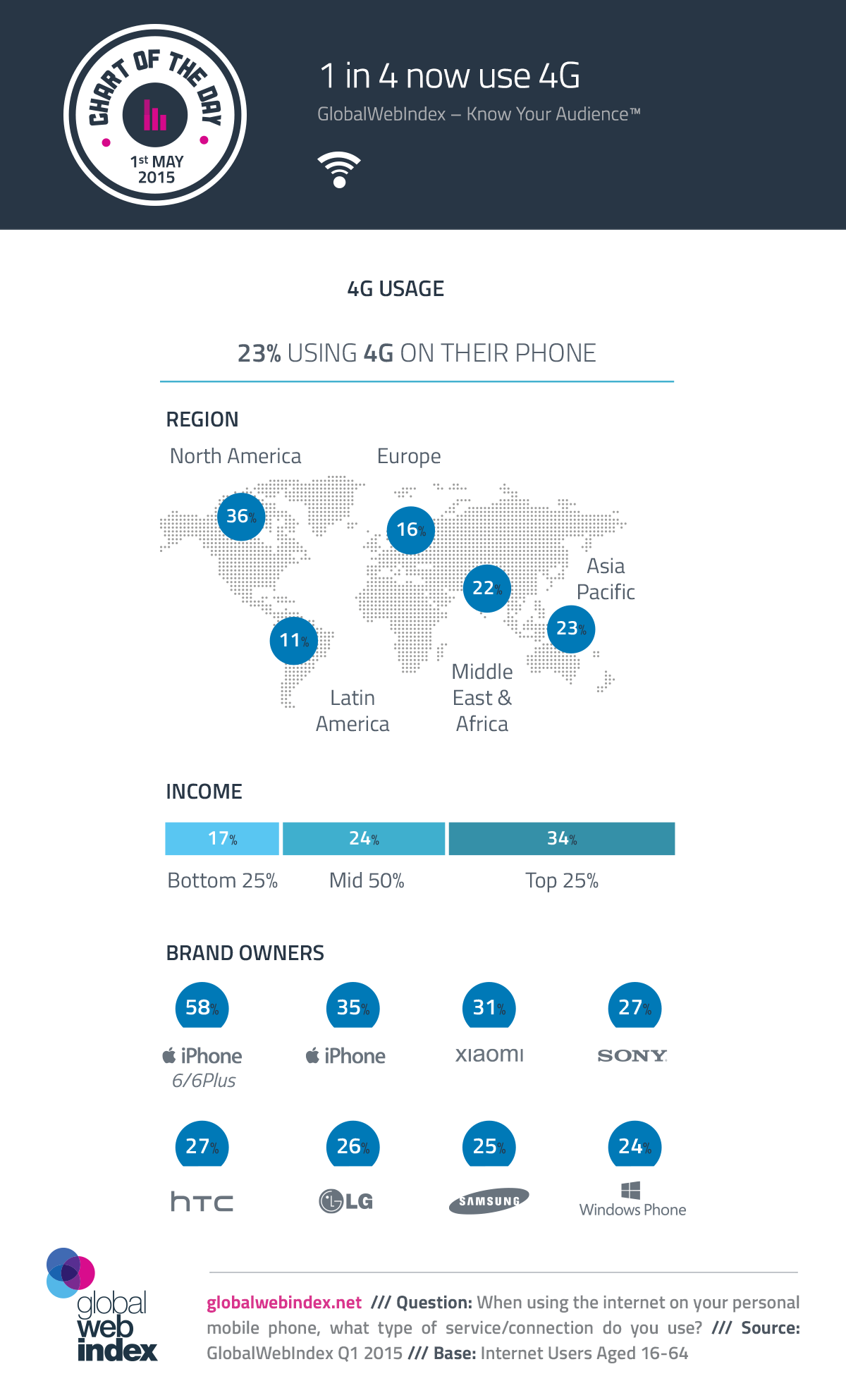