This week sees the launch of our new Audience Report on Celeb Fans.

Globally, a quarter of internet users aged 16-64 say they are strongly interested in celebrity news and gossip – with a third of this group (and a fifth of internet users in general) saying that celeb news is an important reason for them using social media.

From a demographic perspective, the biggest differences emerge in relation to age – with younger Celeb Fans much more likely to be interacting with celebs on Twitter. 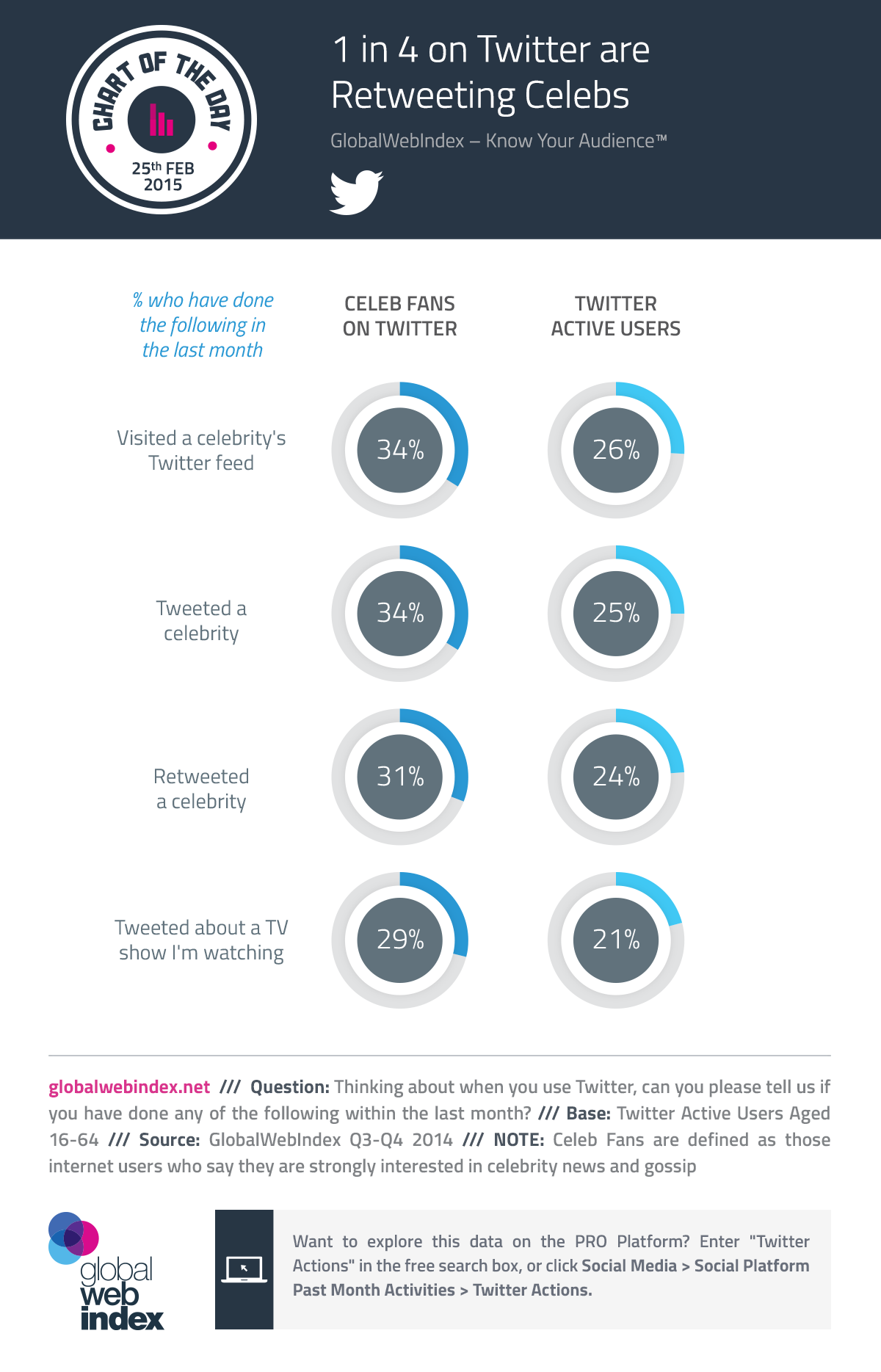