1 in 4 online adults have used a VPN

Just weeks after introducing a free VPN feature to its desktop browser, Opera has now launched a free and unlimited VPN app for iOS. And as today’s Chart shows, the potential audience for such features is larger than often understood.

Despite VPN usage often being considered as a pretty niche activity, GWI’s research shows that it’s almost a quarter who have used a VPN when getting online. This figure can then rise considerably higher in fast-growth markets where the demands for content, anonymity or to bypass website restrictions can be particularly pronounced. Indonesia and the UAE in particular post some impressive figures – around twice the global average – with VPN usage also well established in the likes of Thailand, Saudi Arabia and Taiwan.

Providing a free, reliable and easily-available tool is certain to appeal to these internet users who rely on VPNs to bypass traditional connections and tracking methods. And with such a strong USP, Opera’s new developments look set to stand it in good stead for competing with big names like Chrome and Firefox. 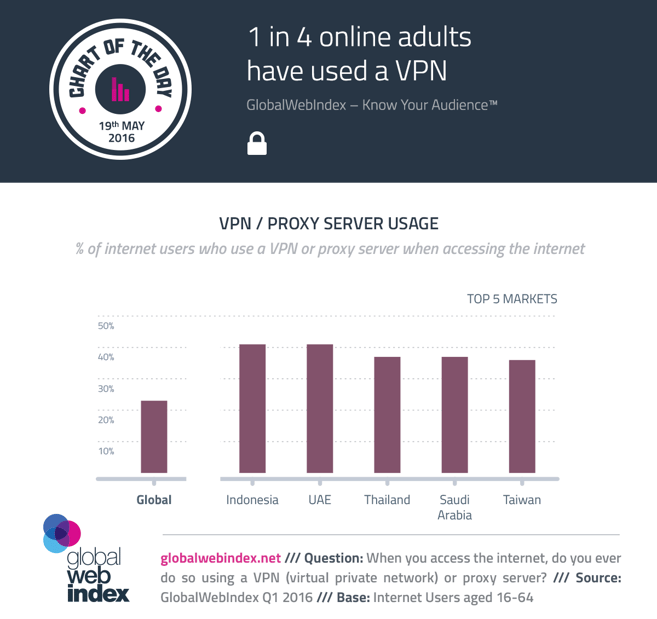