1 in 4 Spotify Users Pay for the Service

With the battle between Spotify and Apple Music firmly in the spotlight at the moment, Thursday’s Chart of the Day takes a look at Apple’s key target audience – those Spotify users who are currently paying to use the service.

Across the UK and USA, we spoke to just over 2,300 Spotify users for our Q2 2015 wave of research. Among this group, some 3 in 4 said they were using the ad-supported version of the service – making them a relatively hard group for Apple to lure over to its own paid-for offering. Apple will have much stronger hopes in relation to the 25% of Spotify users who are currently paying to use the streaming service.

In fact, there’s a strong overlap between audiences here: just as devices like the iPhone and iPad see peaks in usage among younger and top income groups, it’s the same two segments who over-index the most strongly when it comes to paying for Spotify.

Equally important is that 45% of Spotify’s paying subscribers are already using iTunes – making them particularly susceptible to the Apple marketing machine. 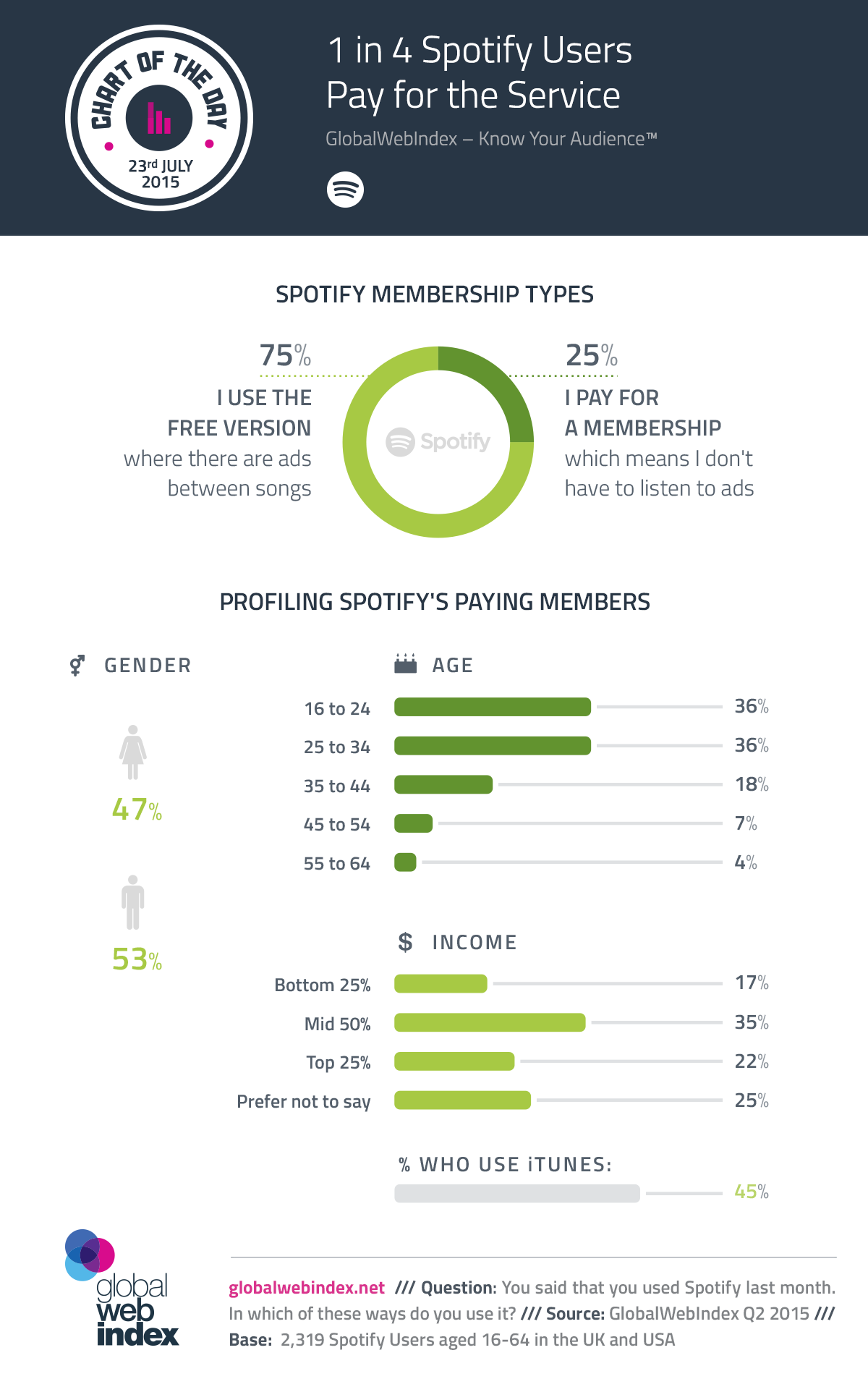