1 in 4 Still Watching Television via a TV Set Only

Previously on Chart of the Day, we explored the most popular devices for watching various forms of TV. Today we break viewers into two types: those who only use a TV set to watch content, versus those who only tune in via PCs, laptops, mobiles or tablets.

Age splits are particularly revealing here: over half of 55-64s say they only use a TV set for television viewing, whereas 16-24s are now more likely to be what we might call “Device-only” viewers than they are to be “TV-only” ones.

Even so, that less than a fifth of 16-24s have migrated away from TV sets completely is a reminder that, even in the multi-device landscape, the importance of traditional TV viewing should not be forgotten. 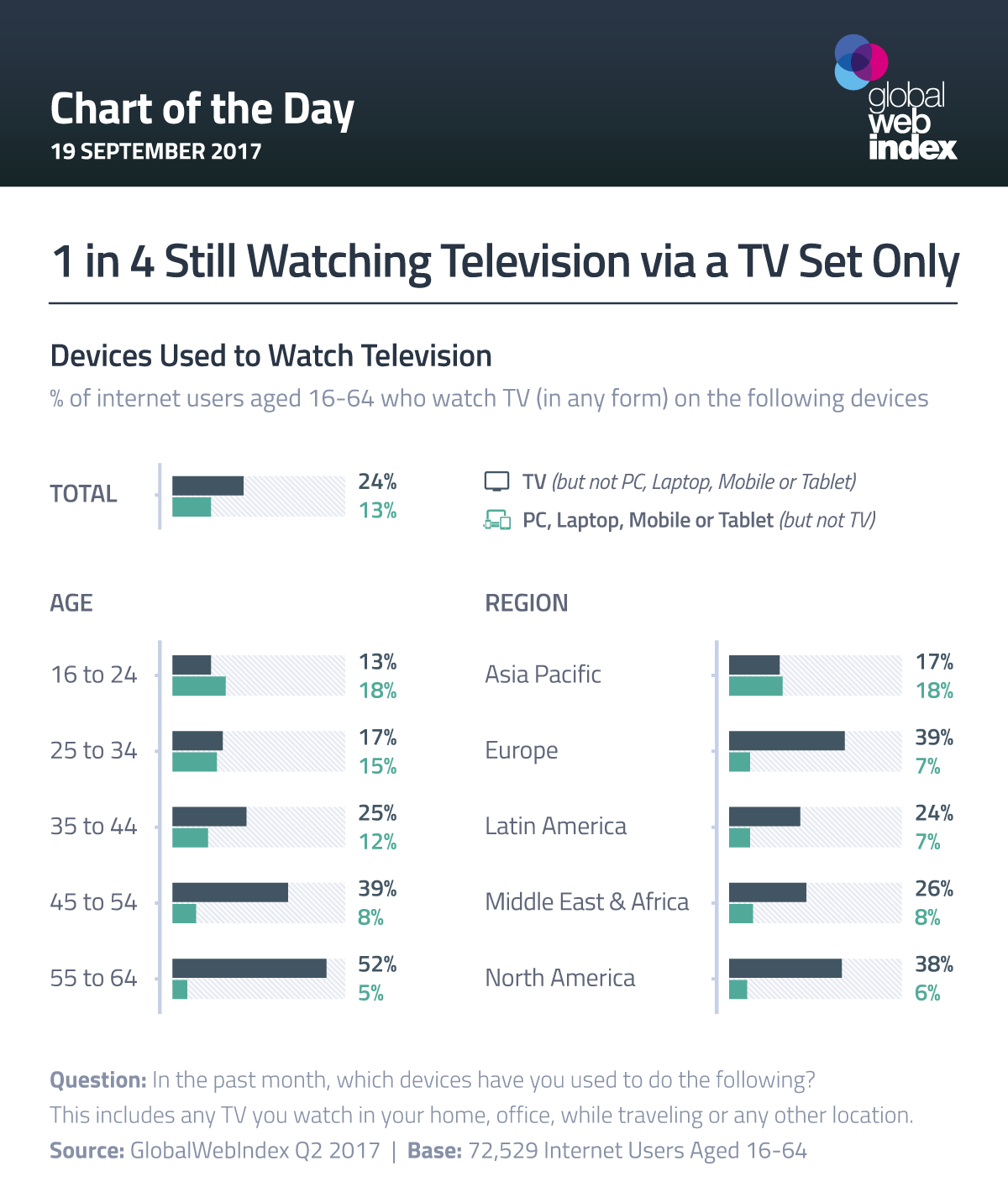