Twitter made headlines last weekend by announcing that over 2 million viewers had tuned in to the NFL live-stream on its platform. This is a major success for the network, which has bet big on broadcasting such sports streams. And as our final Chart of the Day this week shows, there is clear potential for Twitter to grow these engagement figures still further.

According to GWI’s data, a quarter of Twitter visitors say they watch NFL games/coverage on TV, with 16% following the league online in some form (with a degree of overlap between the two groups). So, as awareness of the live streams increases, Twitter has a natural user base of NFL fans to recruit.

While TV viewership among Twitter visitors naturally peaks in North America (at 50%), as we’ve seen before, around half of NFL fans are checking Twitter at least once a month. That means there’s a clear opportunity for Twitter to reach NFL fans around the world who don’t have access to TV broadcasts of games. 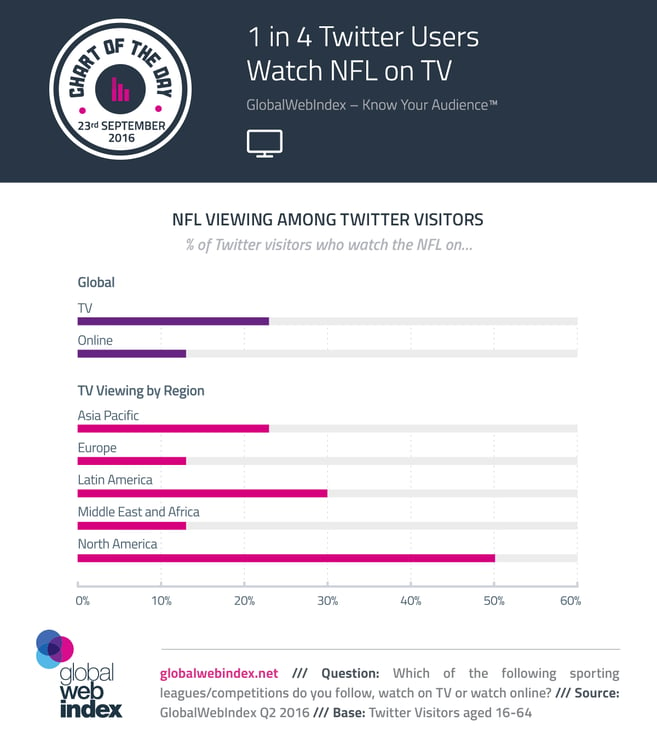