Amazon’s recent announcement that it would be splitting off its streaming services and offering monthly subscription plans represents the next stage in its battle with Netflix.

As our midweek chart shows, Amazon has some distance to go if it wants to match the popularity of Netflix. Over 1 in 2 online adults in the US say they used Netflix last month, a figure which rises to 7 in 10 among the 16-34 cohort. Compare that to the 1 in 5 who are using Amazon’s service and the difference in engagement is plain to see.

That said, GWI’s research shows that around 3 in 10 Netflixers in the US are engaging with Amazon Video too. So, if the latter can continue expanding its (already impressive) content library and offering features not available on Netflix – such as offline viewing – it could well tempt other Netflixers to sign up too.

Also worth noting is that, whereas Netflix usage peaks among the youngest internet users, Amazon’s biggest demographic is in the 25-34 bracket – a generation with much more disposable income than their younger counterparts. 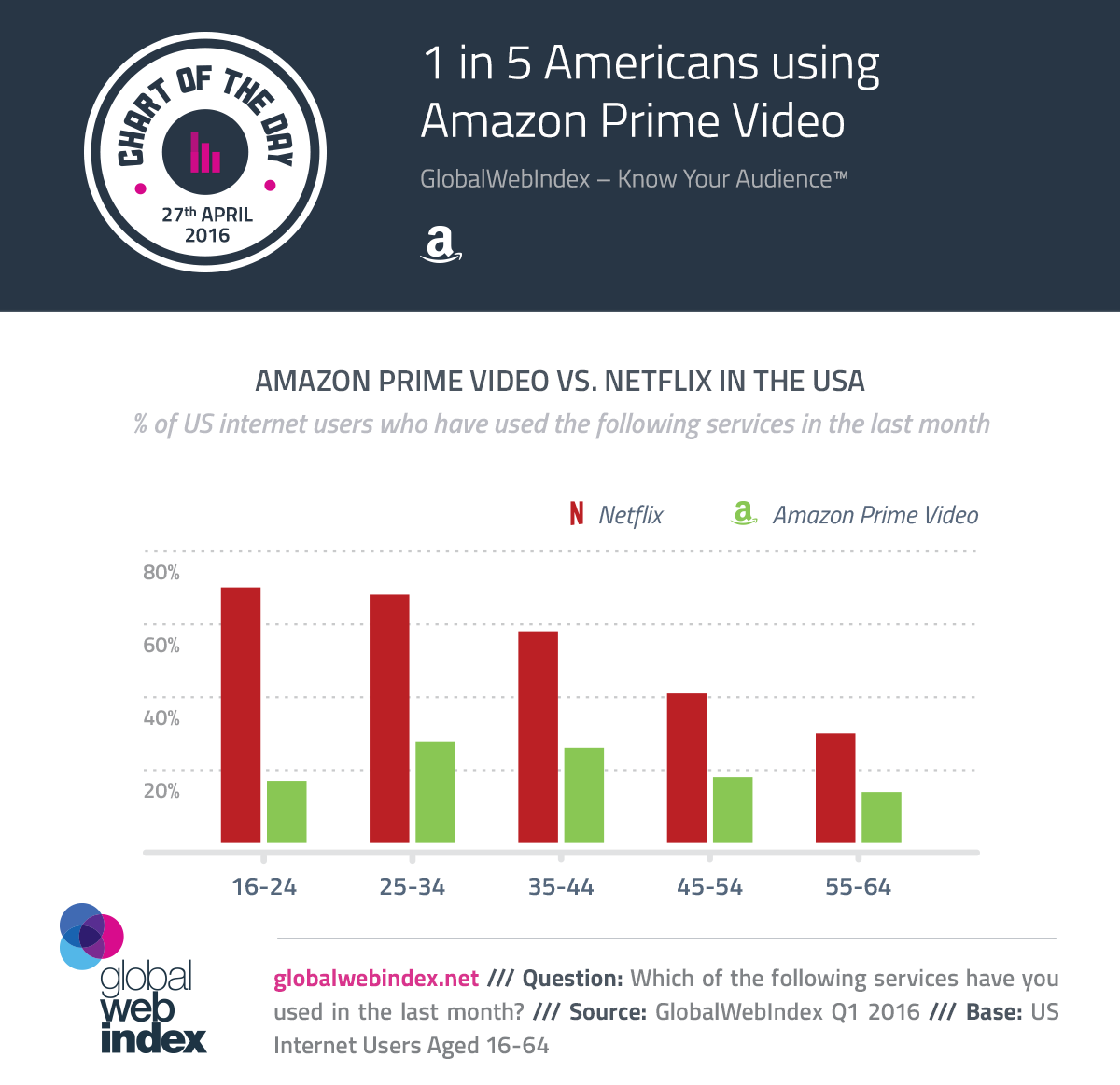