1 in 5 are weekly VPN users

VPN usage is often considered a pretty niche activity but, whether to access better entertainment content or restricted sites/networks, engagement with these tools is more common than many have realized.

GWI’s latest wave of research shows that as many as 31% of internet users are accessing the internet via this ‘back door’. What’s more, this isn’t just an occasional behavior – 7 in 10 VPN users (corresponding to over a fifth of all internet users globally) are deploying these tools every week. And it’s 4 in 10 VPN users (representing almost 15% of online adults) who are turning to these tools on a daily or near-daily basis.

If we split the overall figures for VPN usage by age then it’s 16-34s who dominate. In fact, with 16-24s on 35% and 55-64s on just under 15%, the youngest demographics are over twice as likely to be using VPNs as the oldest ones. Such a pattern suggests that overall numbers will rise still higher in the years ahead. 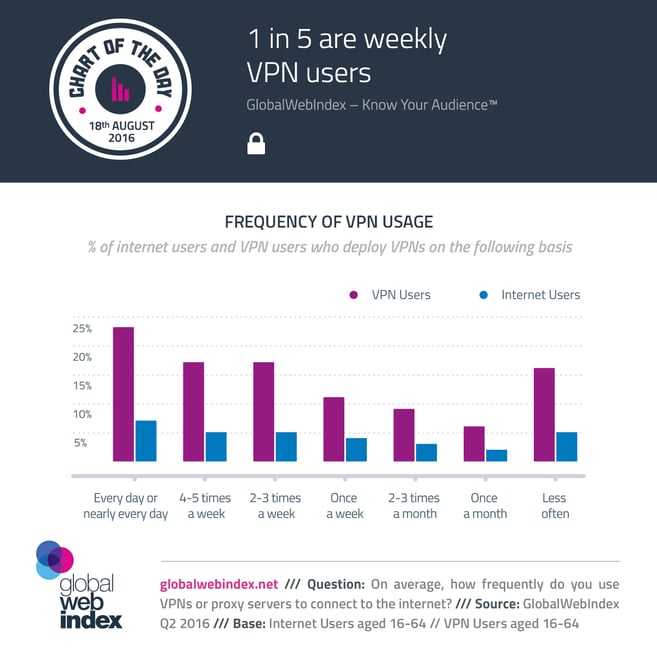