1 in 5 Wimbledon Fans Interact with Brands on Social Media

As we head into the first weekend of the Wimbledon Tennis Championships, this week’s final Chart of the Day looks at how Wimbledon Fans tend to engage and interact with brands.

Above all, Wimbledon Fans are most likely to be visiting a branded website each month (41%). But it’s over a quarter who are reading emails/newsletters from brands, and a similar figure who are engaging with branded videos.

Particularly noteworthy is that two of the top options involve interacting with brands on social media, and it’s generally these social interactions where Wimbledon Fans are furthest ahead of average. A fifth report visiting or following brands on social networks each month and they are 47% more likely to be interacting with brands on messaging apps – something that’s certain to be good news for Snapchat who has inked a deal to share live footage of the tournament. 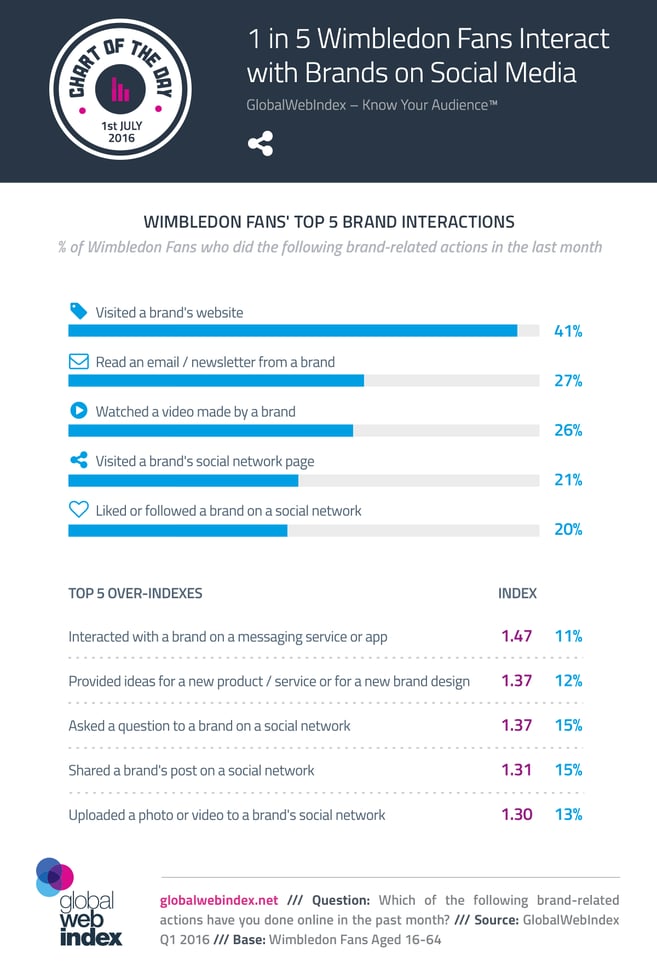