1 in 8 Facebookers use Spotify

‘Music Stories’ – Facebook’s latest initiative to boost engagement among its audience – allows users to share tracks on the service with embedded previews taken from Spotify and Apple Music.

This is a canny move from Zuckerberg & Co., leveraging one of the top interests among the Facebook audience (fully two thirds of whom say they are strongly interested in music). Spotify is also the most popular music streaming service among Facebookers; each month, 12% say they are using it, with peaks among the youngest age group. And Spotify has an even greater overlap with Facebook in certain markets, spiking sharply in its home country of Sweden (55%) but also reaching 20% in the UK and 18% in the USA.

Giving these music lovers a simple way to share their interest on Facebook could bring great benefits for both services. For Facebook, this new feature could prompt many of its more passive users to re-engage with the site, while for Spotify the benefit of having its music shared across the world’s largest social network is obvious. 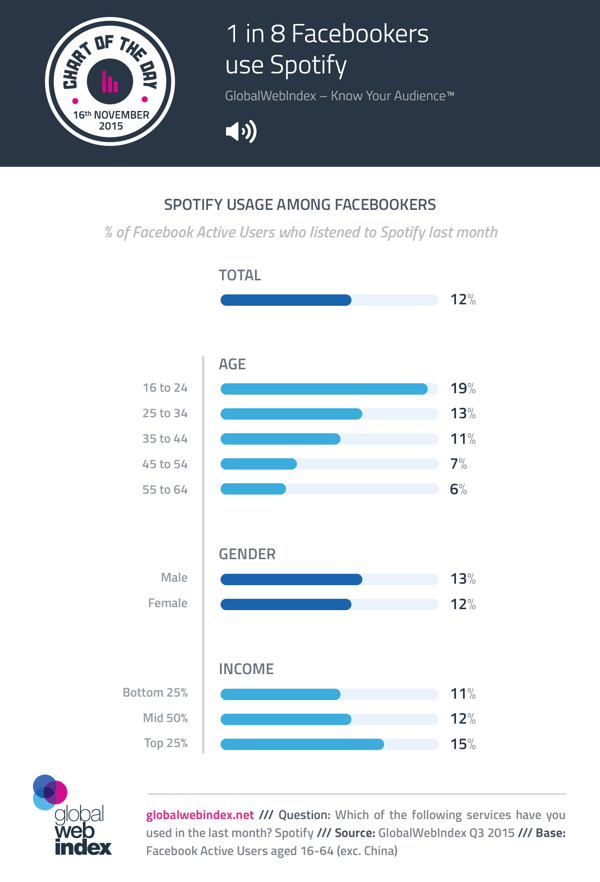