As details of the long-awaited Apple Watch are finally revealed today, our first Chart of the Week draws on data from GWI’s new infographic on Smartwatch owners to look at the demographics of ownership.

Although 16-24s are just as interested in using wearable tech as 25-34s, they lag slightly behind for ownership rates. Clearly, many younger consumers are finding themselves priced out of this market – an obvious issue for the Apple Watch, with its premium price-tag. Even the cheapest smartwatches still require a relatively significant outlay and the contracts that help younger consumers obtain high-end smartphones are not easily available for wearable tech.

Price sensitivity is also the reason why consumers from the top income quartile post by far the highest figures for ownership. Almost a fifth of these affluent consumers own a smartwatch (with 15% having a smart wristband). In contrast, only 8% from the lower quartile own a smartwatch.

By region, internet users in APAC have a significant lead in terms of ownership. In part, this trend is being driven by the demographics of internet usage in many APAC countries; whereas internet penetration is very high in places such as the US and UK – meaning that online populations are broadly representative of the national population more generally (and hence have relatively old age profiles) – internet penetration in fast-growth markets such as India and China is typically much lower. This means internet users are skewed towards being young, affluent and urban – with all of these factors making them more likely than average to engage with wearables.

But with North America and Europe being two regions where Apple products continue to perform particularly strongly, their relatively low ownership rates for smartwatches show just how quickly Apple could establish a commanding position. 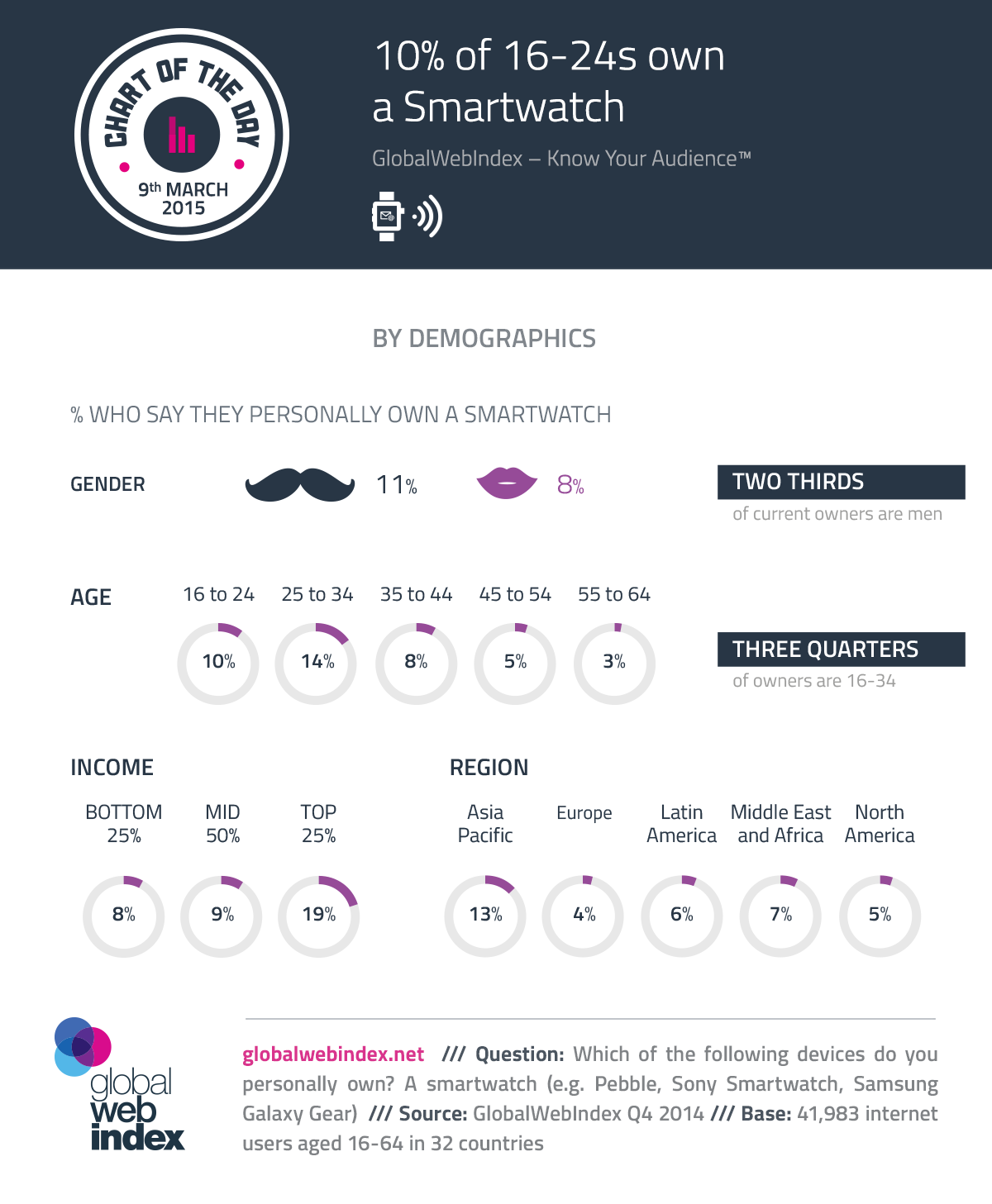