12% of the mobile audience use Viber each month

2014 has been a year of big acquisitions, with Facebook snapping up WhatsApp, Amazon shelling out for Twitch and Microsoft adding Minecraft-creators Mojang to its portfolio.

Before eyebrows were raised at WhatsApp’s $19 billion price-tag, though, the year started with the news that Rakuten was buying Viber for $900 million.

By the middle of 2014, Viber was a long way behind some of the big names within the messaging space – trailing WhatsApp, Facebook Messenger and Skype by several percentage points. But while its headline usage figure of 12% might not sound spectacular, its engagement rates in particular markets can be much, much higher.

Viber is most popular of all in the Philippines, where more than 40% of the mobile audience are using it each month. Over a third are also engaging with it in countries like Ireland and the UAE. In fact, with its top 10 markets showing a heavy skew towards fast-growth nations – where internet populations are showing rapid year-on-year growth – Viber is certainly one to keep an eye on. 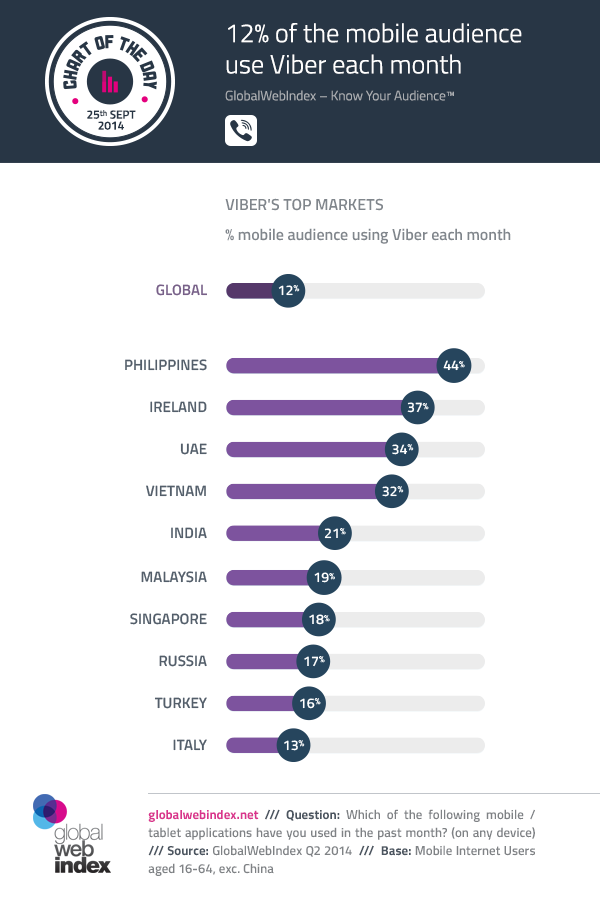