12% Are Paying for Online Magazine/News Subscriptions

With the onset of ad-blocking, many online publishers have sought to introduce paywalls in an attempt counter the prospect of sliding ad revenues. Today’s Chart assesses exactly who is willing to pay for news or magazine content online.

Around 1 in 8 are paying for news services or online magazine subscriptions each month. Interestingly, and unlike with other forms of media, all age groups are more likely to be consuming online press rather than print press, which makes the younger skew for paying for this type of content all the more striking.

APAC leads the pack here by some distance (being around 2x as likely to pay for this content compared to Europe and North America), which considering ad-blocking usage also peaks in this region is good news for publishers seeking out alternative monetization strategies. 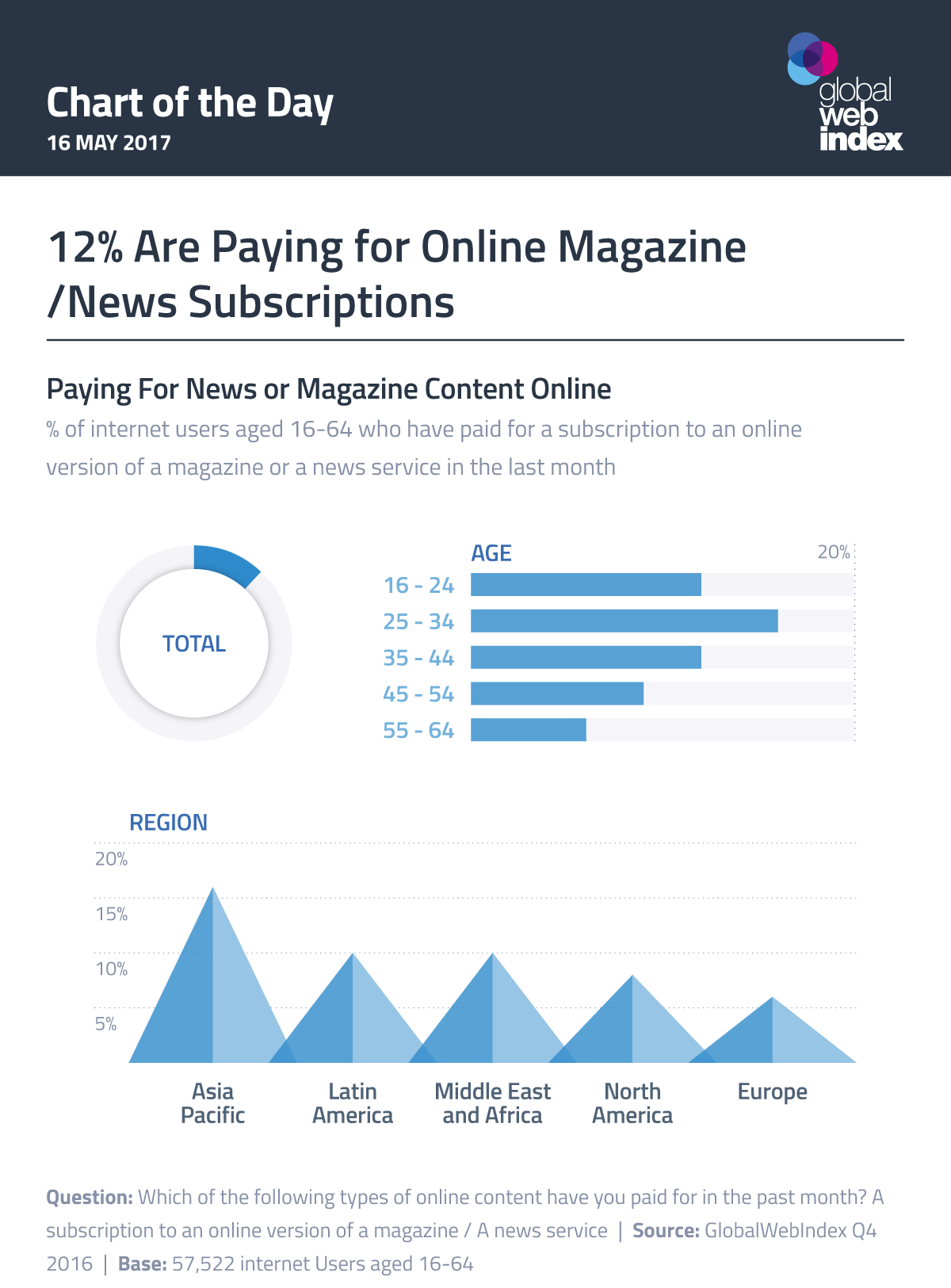