15% are Following Charities on Social Media

Social media is an important resource to raise awareness and promote fundraising initiatives for charities, and as today’s Chart of the Day reveals, significant numbers of networkers are following charitable causes online.

Women are slightly ahead of men for this metric, and that we see figures rise in line with income shows the potential for fundraising via social channels, especially as almost 6 in 10 of this audience say that sharing their opinion is a main reason for using social media (making them 54% more likely to say this). 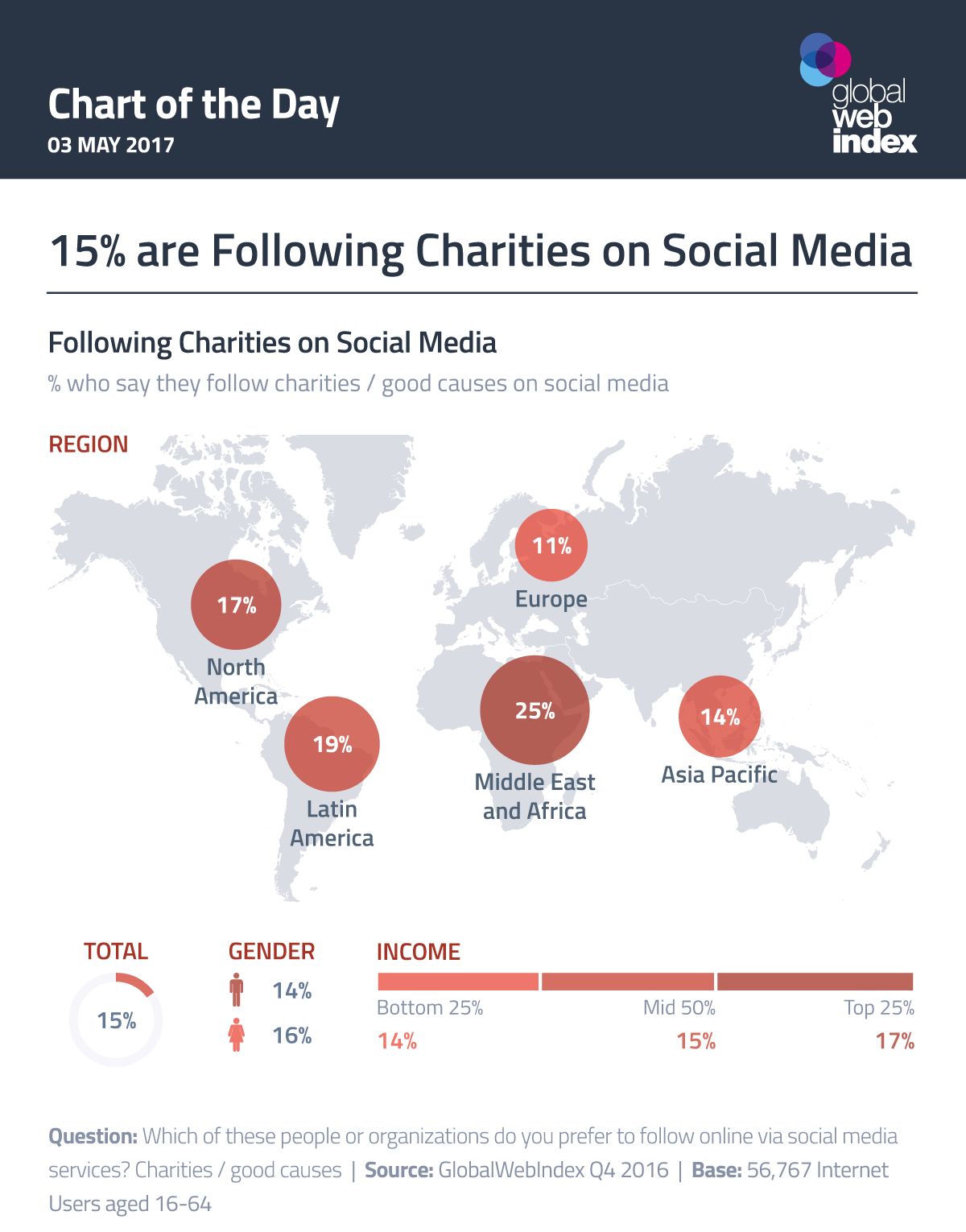