Here we preview another of the trends featured in our 15 for 15 report – a free copy of which can be downloaded here.

At a global level, Android is now in a truly dominant – and almost unchallengeable – position; while a mighty 69% of mobile users have the Android operating system, just a fifth are running Apple’s iOS for iPhone.

That Android is in first position is not a new development; it’s enjoyed a lead over iOS in each of GWI’s research waves from 2011 onwards. What has changed is the size of the gap separating the two. Three years ago, the ratio of Android to iOS users was just under 2:1; in 2014, it has increased significantly to stand at more than 3.5:1. Yes, iPhones still generate a huge amount of revenue for Apple and, yes, they are still much more attractive in terms of app development. But no matter how profitable and cool iPhones and the Apple brand might be, there’s no disguising that Android has now opened up a huge lead.

Android has been helped by its more affordable price-point and its availability on a much wider range of models. But there’s more to it than this. Analyzing usage levels on a country-by-country basis reveals another key difference: Android consistently posts its best figures in fast-growth markets. Here, there are typically 4 to 8 times as many people using Android as there are iOS – with even higher ratios in places like Argentina and Poland.

There are some positives for Apple, though. It enjoys its best engagement rates in a number of key, mature markets such as Australia, Canada, the US and Japan. Compared to Android, it can also claim that its users have a wealthier profile (usage of iOS increases in line with income, whereas the equivalent Android figures fall slightly).

This, then, is the key tension for marketers to contend with in 2015 and beyond: does Apple’s stronger performance among higher income consumers and in the markets usually considered to be the most “important” outweigh Android’s soaring popularity at a global level? 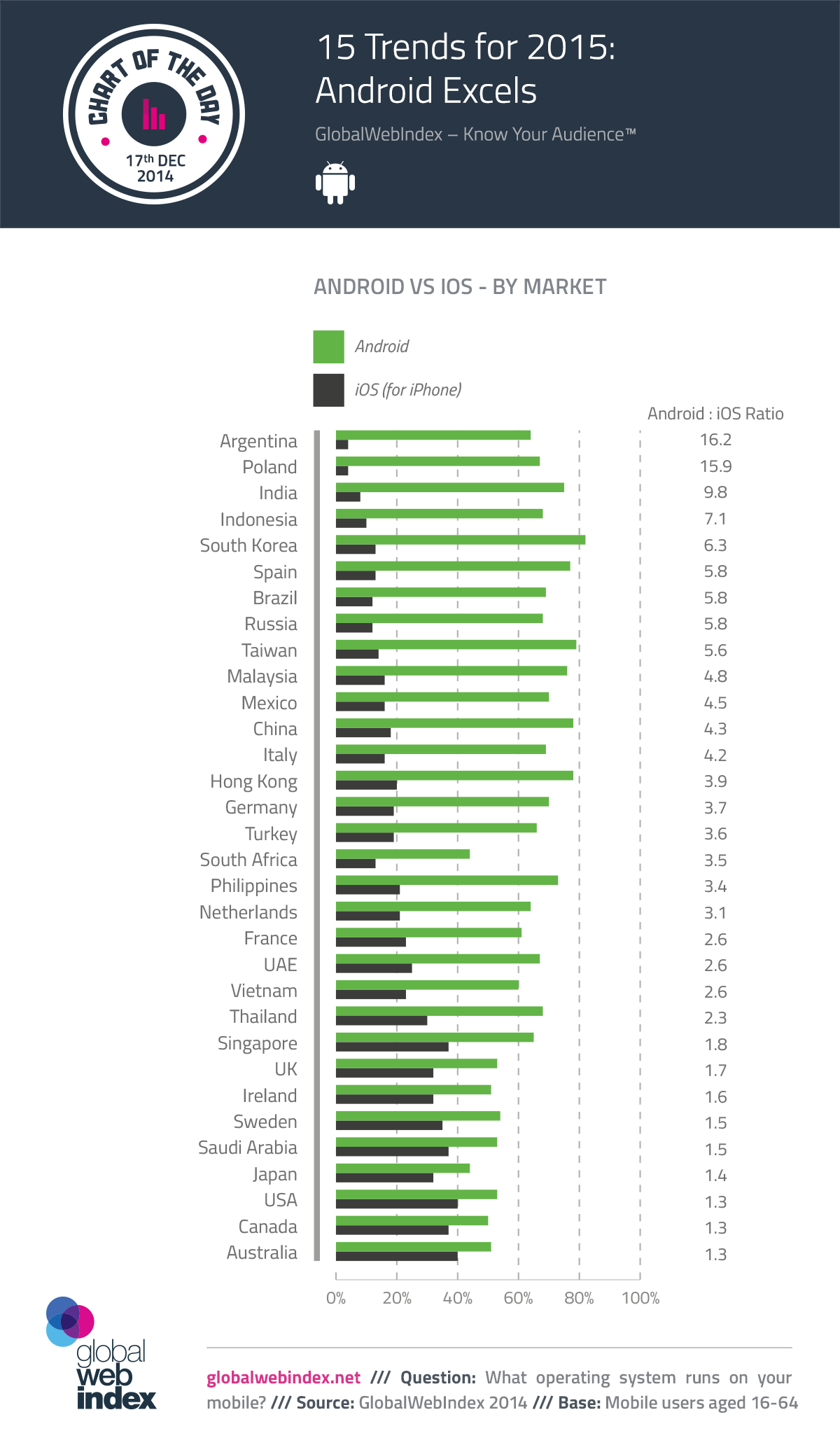