15% Would Consider Purchasing a Huawei Phone

Last week saw Huawei unveiling the P9 and P9 Plus, its latest flagship phones which it hopes will help it take on Apple and Samsung. So, today’s Chart looks at how Huawei currently performs when it comes to mobile purchase consideration.

Though it’s just 8% who say they currently own a Huawei phone, it’s around twice as many who say they would consider purchasing one – making it the third most-desired brand behind its two big rivals.

Huawei could start to close this gap if it can replicate its brand success in Asia, where a fifth would consider buying one of its handsets. In contrast, it’s only 6% of online North Americans who would consider buying a Huawei phone – showing that it’s in this region where the hardest battle will need to be fought. 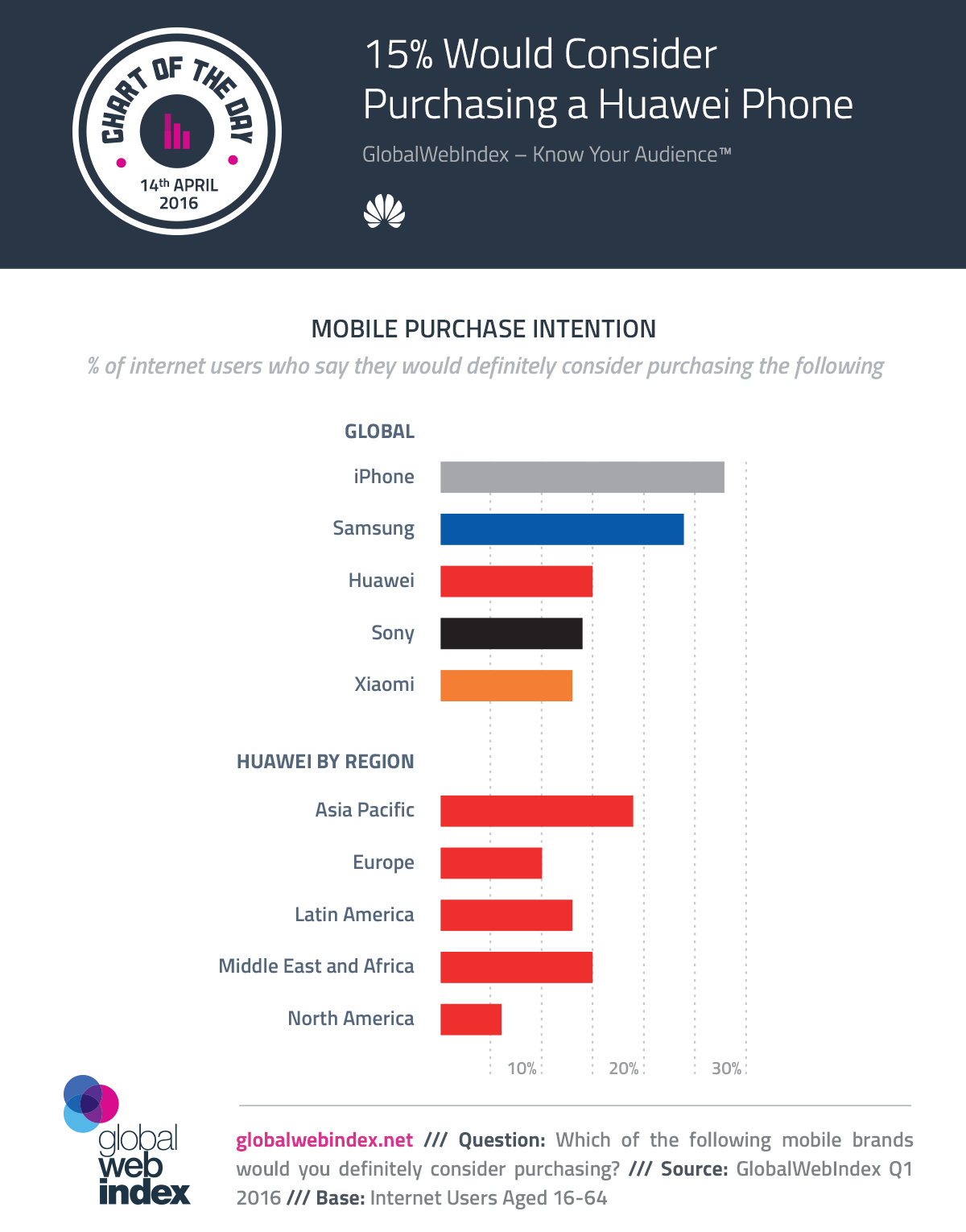