Our latest Q3 2015 data shows that younger age groups are still the most likely to turn to ad-blockers.Each month, over a third of 16-24s globally say they are doing this – peaking at 42% in Europe where the issue has arguably generated the biggest headlines to date.

That usage of ad-blockers is lowest among 55-64s creates something of a paradox: this oldest group expresses the most concern about online privacy/data and is also the least keen to see personalized recommendations based on their browsing history or previous purchases. In short, that means 55-64s are some of most resistant to ads but the least likely to use ad-blockers.

All this suggests that ad-blocking is set to become still more common as awareness of these tools increases among older age groups. Indeed, it must be telling that one of the longer-established and more well-known behaviors – deleting cookies – shows no variation at all by age. 55-64s are just as likely as 16-24s to be erasing cookies, giving us a sign of how the ad-blocking trend is likely to evolve. 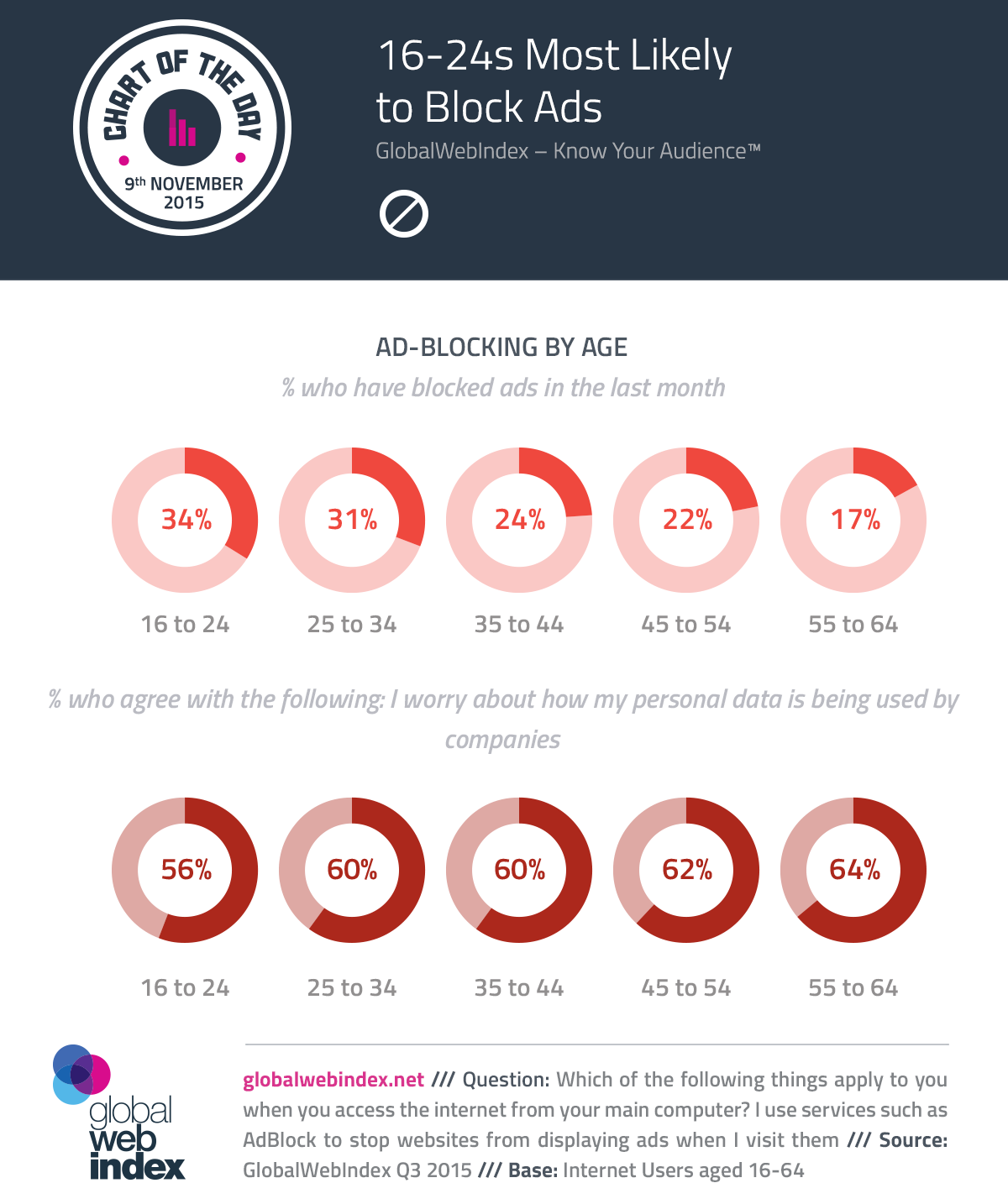