At a global level, average time spent online via mobiles has experienced solid year-on-year increases to pass the 2-hour per day mark.

Age-based patterns are hugely relevant here though, and it’s the youngest internet users who are at the forefront of this mobile charge. Typically, 16-24s are online on their mobiles for 3.26 hours a day – up from 1.88 in 2012 and 5.5x longer than the oldest age group (on 0.58 hours). What’s more, mobiles now account for 44% of total online time among 16-24s, suggesting that we could soon see mobiles outscoring all other devices combined for this age group.

Although increases in mobile usage are consistent across the age groups, the rate of the rise is much slower among 55 to 64s. It’s also this segment where we’re not seeing a corresponding drop in time spent on PCs, laptops or tablets. That mobile-first consumers are a young bunch is thus clear. 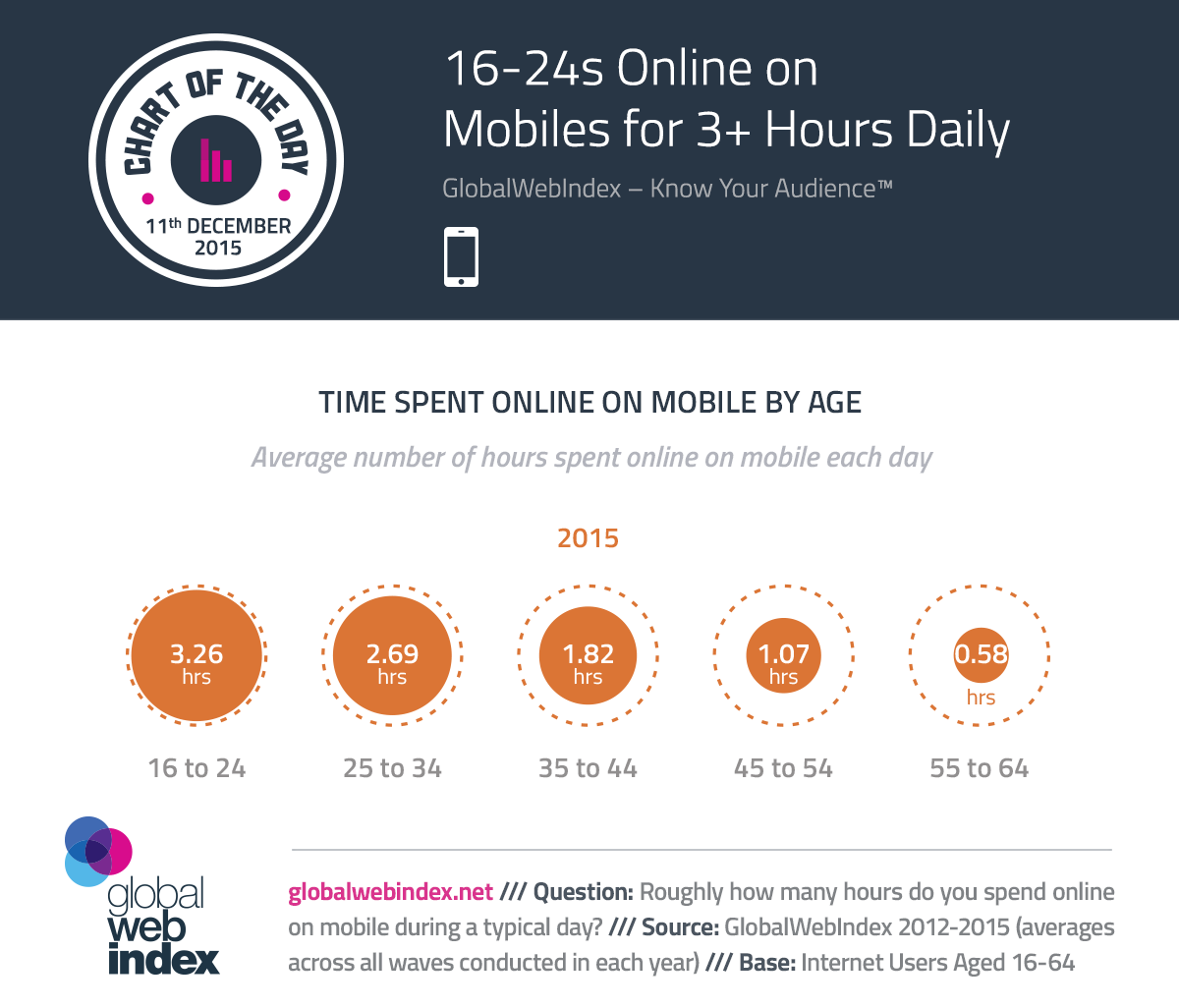