For our midweek post, we compare mobile internet usage among the youngest and oldest age groups within the GlobalWebIndex survey.

Growth has been much more modest among the older age group, though – climbing from 0.37 to 0.54 hours over the same period. In fact, there’s a direct correlation to be seen here: the younger someone is, the more time they’re likely to be spending on the mobile web each day.

For further detail and analysis on this topic – as well as figures for individual countries – check out our new Digital vs Traditional Media Consumption report (a free summary of which can be downloaded here). 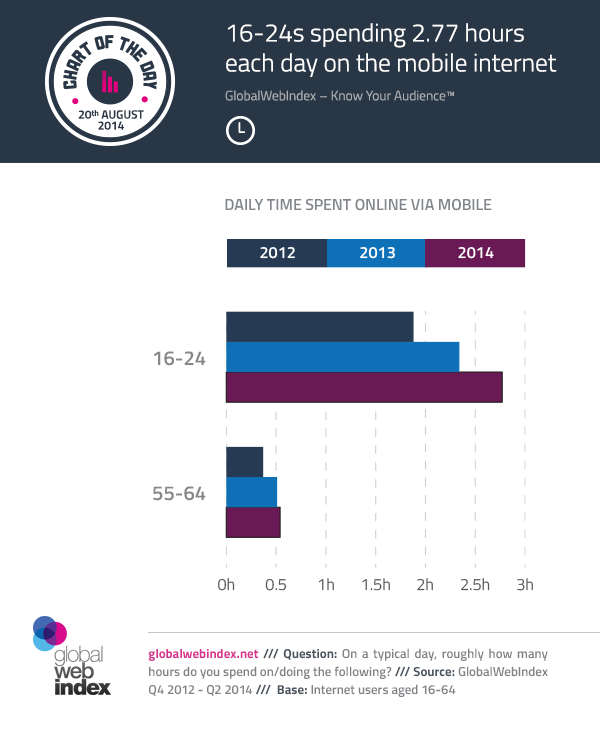