Vloggers have quickly emerged as the newest celebrities of the digital age, commanding vast numbers of followers and enjoying ever broader media profiles.

Globally, some 42% of internet users say that they have watched a vlog within the last month. And with a further 23% saying that they have viewed one at some earlier point, that’s two thirds of online adults who have engaged with vlogging in some form – a serious achievement for such a relatively new activity.

Figures are pretty even by gender and income, albeit with slight peaks among men and the top quartile. Far bigger variation occurs by age; as might be expected, younger internet users have a significant lead over their older counterparts.

Interestingly, 16-24s and 25-34s post exactly the same figure (50%), offering some pause-for-thought given that vlogging is an activity usually associated with the very youngest groups. Even the 35-44s aren’t far behind on 40%, reflecting how ubiquitous this activity is becoming.That said, it’s important to note that vlogs have hardly any impact over purchasing decisions; we might be watching them, but we’re not yet using them to research brands or products. Clearly, consumers see vlogs as sources of entertainment and advice, not commercial information. 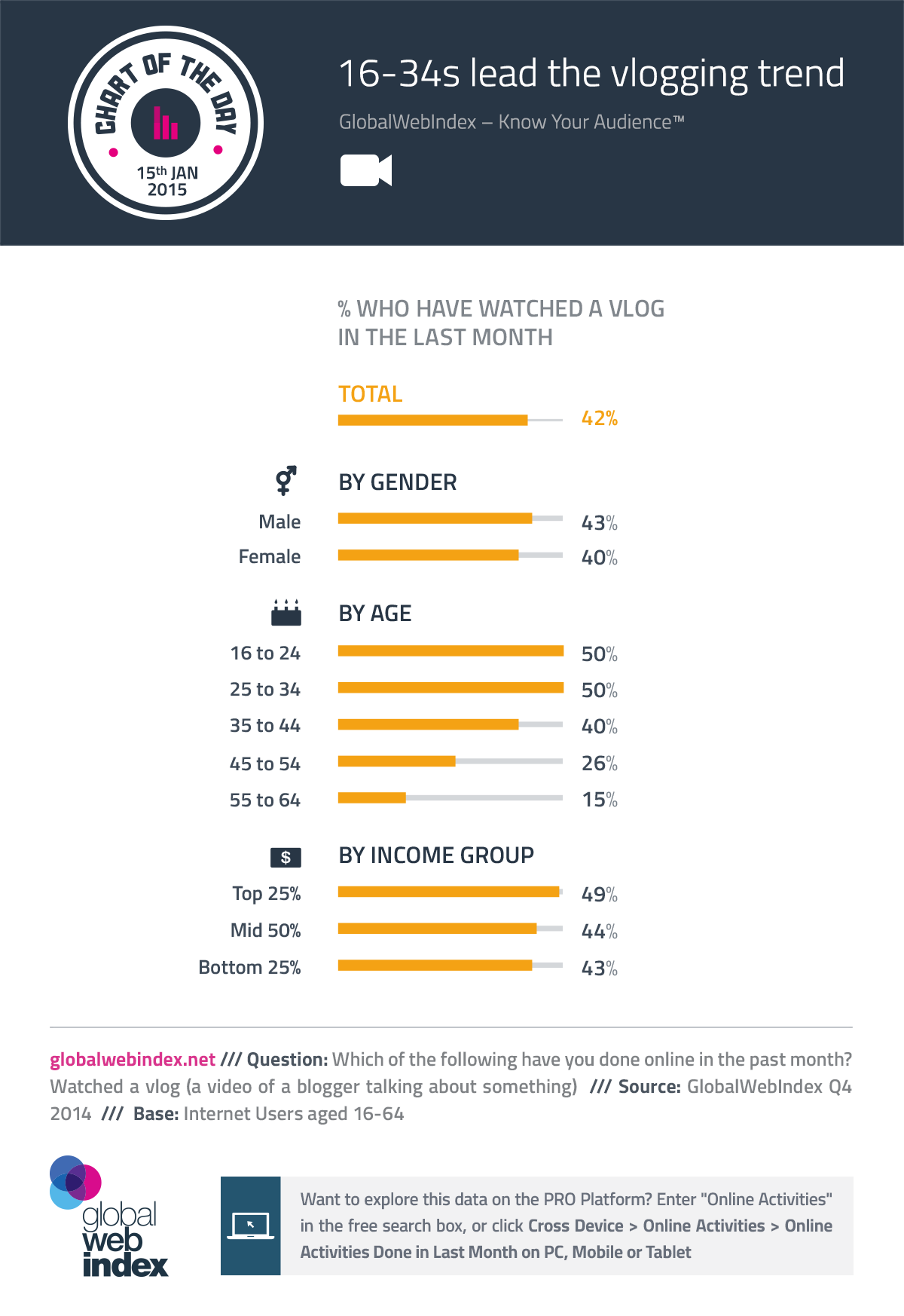