For our final blog post this week, we draw on more findings from our GWI Device report (download the free summary here) to explore the progress of 4G on mobile.

Despite having been available in many markets for some time now, it’s only 16% of internet users who say 4G is the standard connection they use when accessing the mobile web. By far the largest segment are still on 3G (36%), while a not insignificant group say that they normally connect via WiFi only (something which is especially important in fast-growth markets).

By region, North America has an extremely pronounced lead when it comes to 4G; adults in America and Canada are more than twice as likely to be 4G users as their counterparts in all other parts of the world. By country, though, it’s South Korea, Singapore and Hong Kong which top the table.

Unsurprisingly, there’s also a strong link with income; the top quartile have a lead over the bottom one of 10 percentage points. Interestingly, though, the figures are much more equal by age; despite 16-24s spending the most amount of daily time on the mobile internet, they are less likely than 25-44s to be on 4G. In actual fact, they post the same percentage figure as 45-54s, showing that the expense of a 4G connection has remained a barrier to entry for the youngest users. 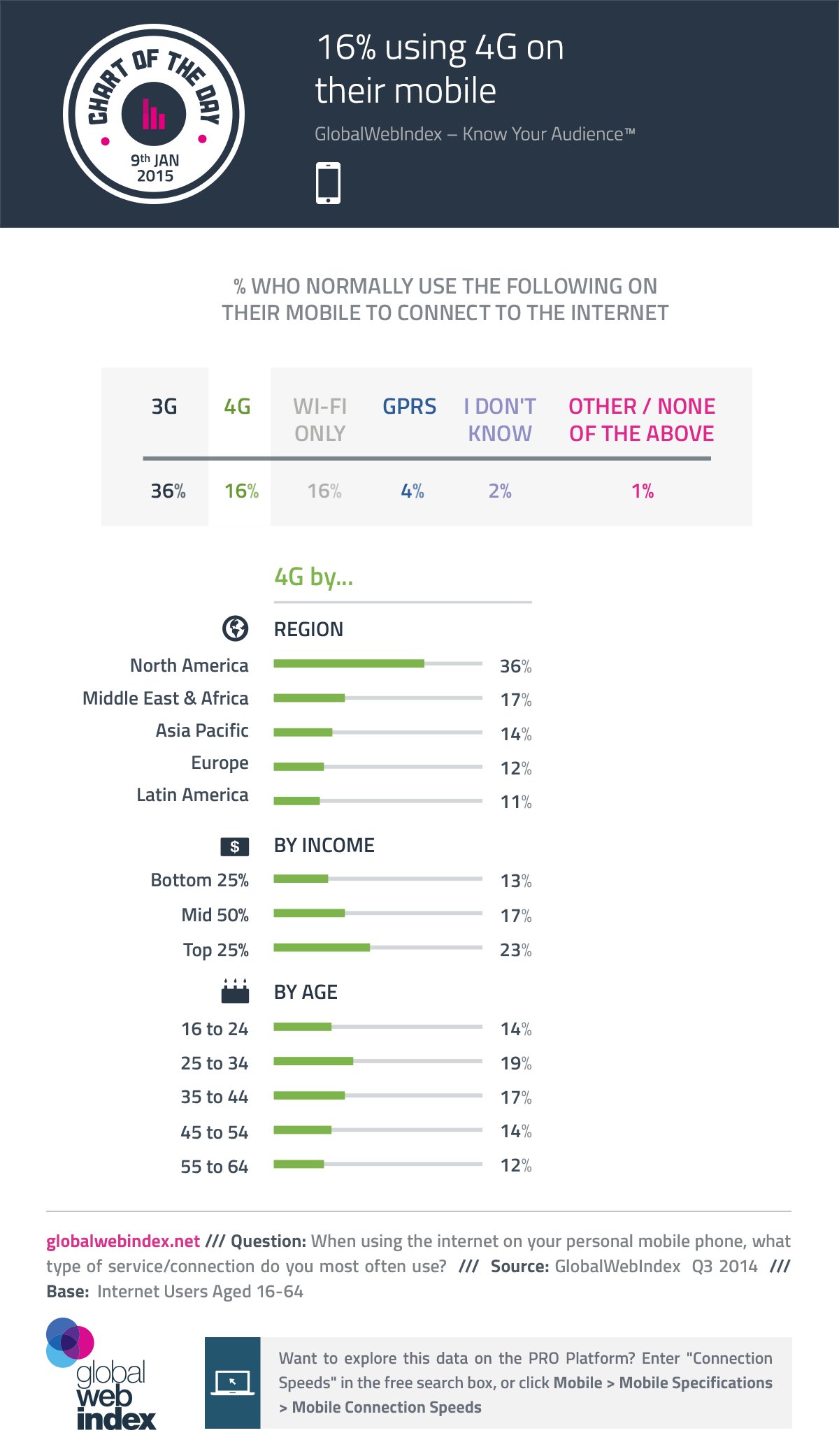