Continuing our series investigating which devices online adults are using to engage with a wide range of TV behaviors, Tuesday’s Chart of the Day focuses on watching on-demand / catch-up TV services.

While yesterday’s chart displayed the pronounced lead that TV sets hold when it comes to watching live broadcast television, the gap between TVs and other devices narrows significantly for watching on-demand TV. Just 6 percentage-points separate mobiles and TVs for this activity in APAC, for example – yet another example of the centrality of mobiles to the digital lives of consumers in this region. However, North America’s attachment to traditional TV sets is highlighted again here, with this device squarely in the lead in this region.

But perhaps most striking here is the relatively high figures that Europe posts for watching catch-up/on-demand services via PCs/laptops (and that this is a behavior that cuts across the age groups). 16-24s may be in the lead but it’s still 13% of 55-64s who use computers to catch up with their favorite TV shows. 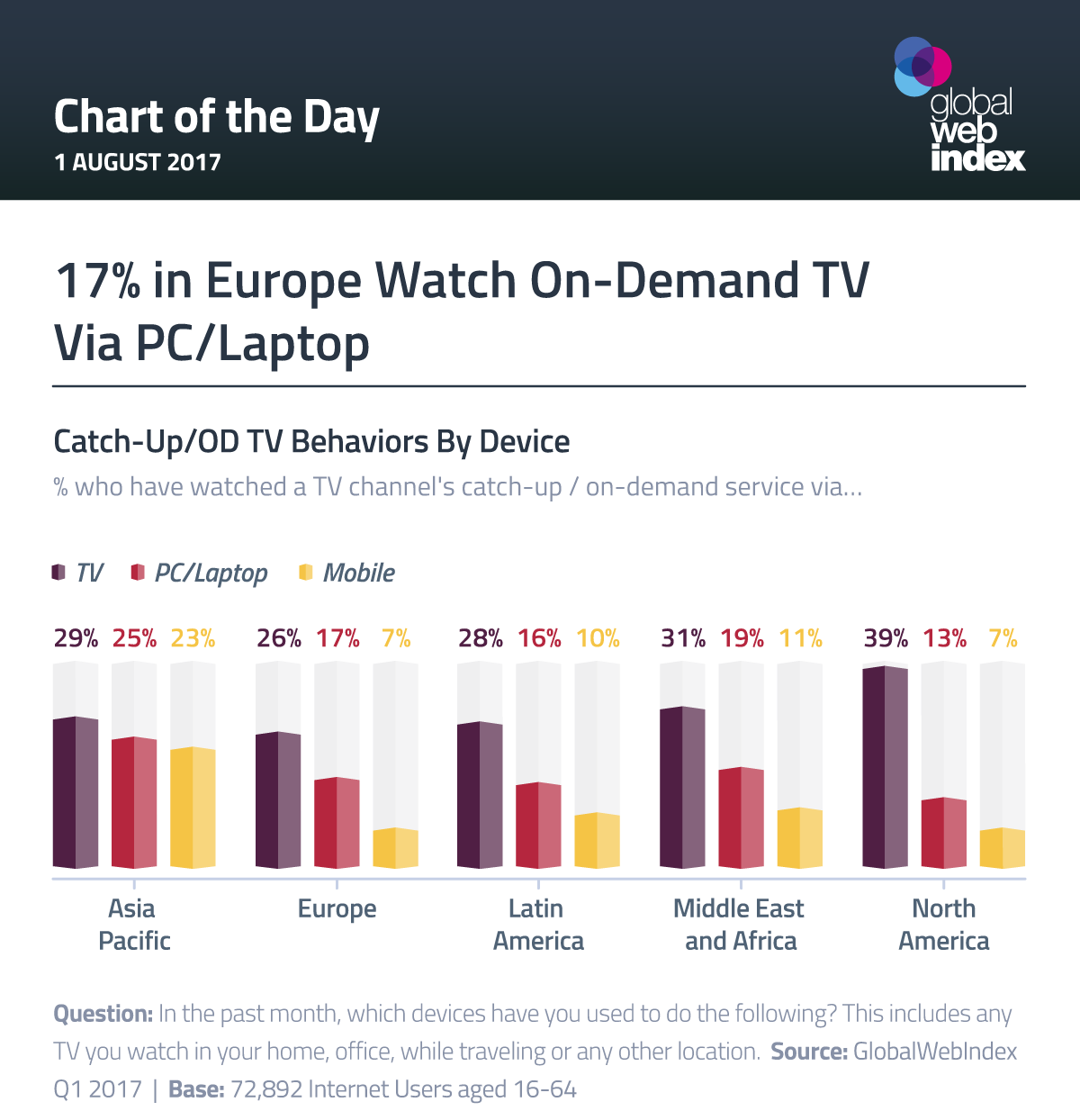