With Sony reporting some impressive sales figures last week for its PlayStation 4, Thursday’s Chart of the Day looks at how its latest console compares to rivals in terms of purchase consideration.

Globally, it’s Sony’s last-gen PS3 console that online adults are currently the most likely to be playing; 11% say they are gaming on this machine, whereas just 5% say the same about a PS4.

However, look at future purchase consideration and the PS4 is the most desired brand by some margin – 18% say they are potentially in the market for this device, giving it an important 8-point lead over Microsoft’s rival next-gen console, the Xbox One. And this is a figure that can rise considerably in certain markets, particularly those in LatAm and MENA.

The PS4’s heavy price tag means that expressed interest will not necessarily always translate into an actual purchase. Even so, these numbers suggest that we could be hearing more impressive announcements from Sony in the future. 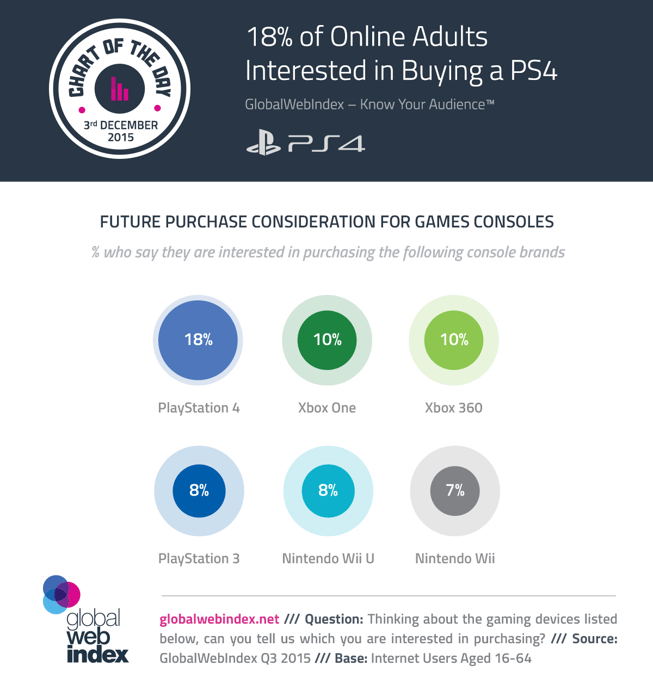