As our last Chart this week shows, the average internet user is now on social media and messaging services for over 2 hours per day, confirming that social really is central to the daily digital activities of internet users.

This is a figure that is rising with each year that passes. The emergence of multi-networking is a key driver here – the average internet user now has around twice as many social accounts as in 2012. That mobiles are also the prime social device is similarly key, as is the shift to mobile-first forms of consumption and the integration of activities such as video, commerce and news inside social media. 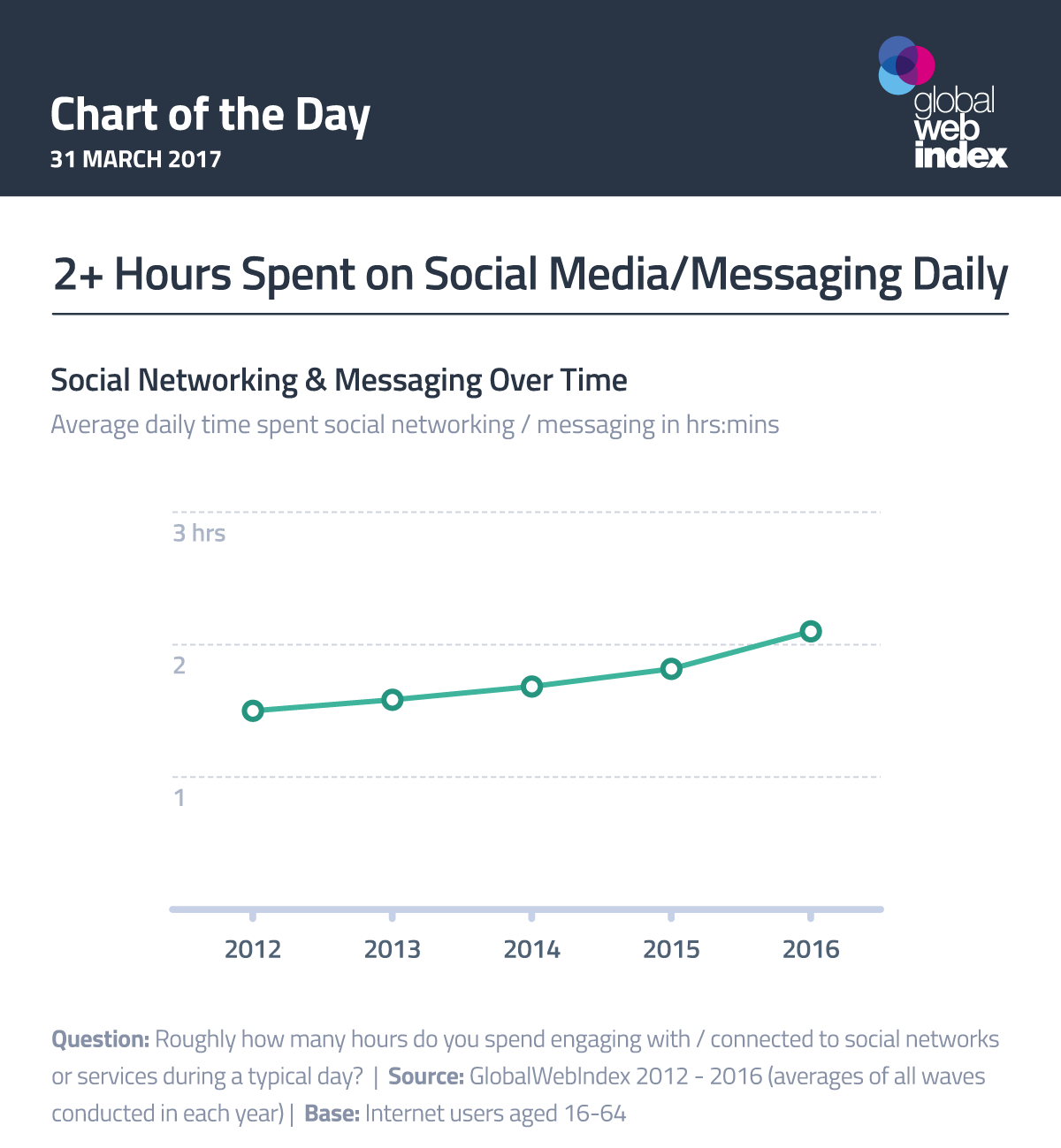