With our new Netflix Profile Report out today, our chart for Thursday examines how people are accessing the service in the UK and USA.

Across these two key markets, just over two thirds of users are currently paying for their Netflix account. Meanwhile, about a fifth say someone else pays and a tenth are on a free trial.

This trend is subject to notable demographic variation, however. By gender, similar numbers of men and women are paying for accounts but women are a little more likely to be using someone else’s login.

By age, 16-24s are significantly behind other groups when it comes to paying – a partial result of many in this bracket using accounts paid-for by their parents (40% say someone else is the payer, more than twice the figure in any other age group).

Interestingly, income-based trends are not as clear-cut as might have been expected. Certainly, it’s members of the lower quartile who are most likely to be using someone else’s account and the least likely to be paying for it themselves. But those in the top quartile are not ahead for paying – it’s actually the middle quartiles who have the lead here. 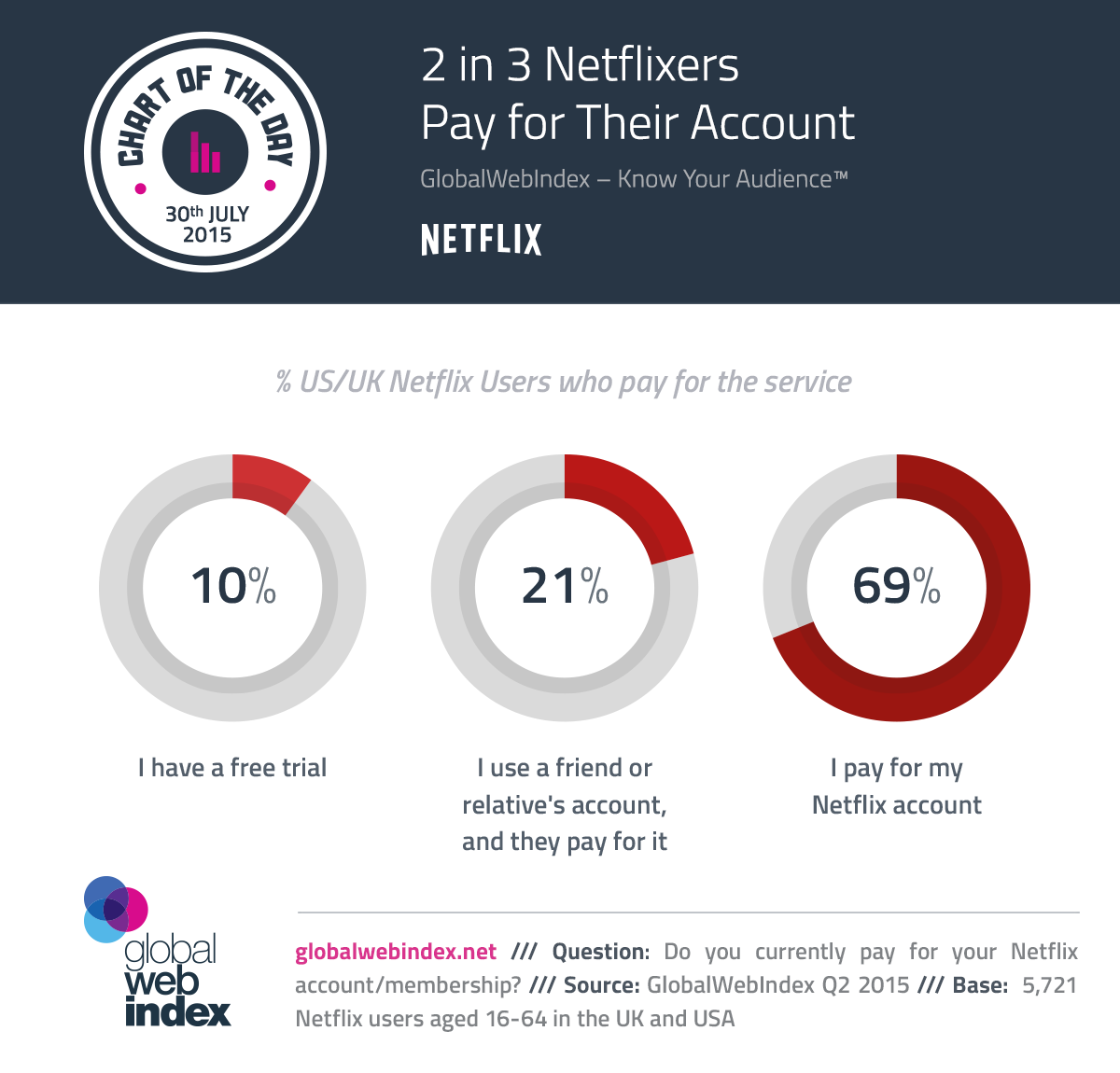