20% in USA Have a Nintendo Wii at Home

Last week saw Nintendo previewing its latest games console, the Switch, due to launch next year. As a result, our first Chart of the Day this week takes a look at the success of Nintendo’s most popular console to date, the Wii.

Outside China (where foreign consoles were banned until 2014), 1 in 10 internet users have a Wii in their household. However, concentrate on the USA and that figure doubles to around a 1 in 5. Clearly, then, Nintendo will hoping that the Switch can have a similar impact within the casual gamer market while also attracting more serious gamers that have often tended to gravitate towards Xbox or PlayStation.

Nevertheless, Nintendo will need to achieve better success than it saw with the Switch’s predecessor: only 4% globally say they have a Wii U at home, underlining how last-gen consoles still outrank their next-gen successors. 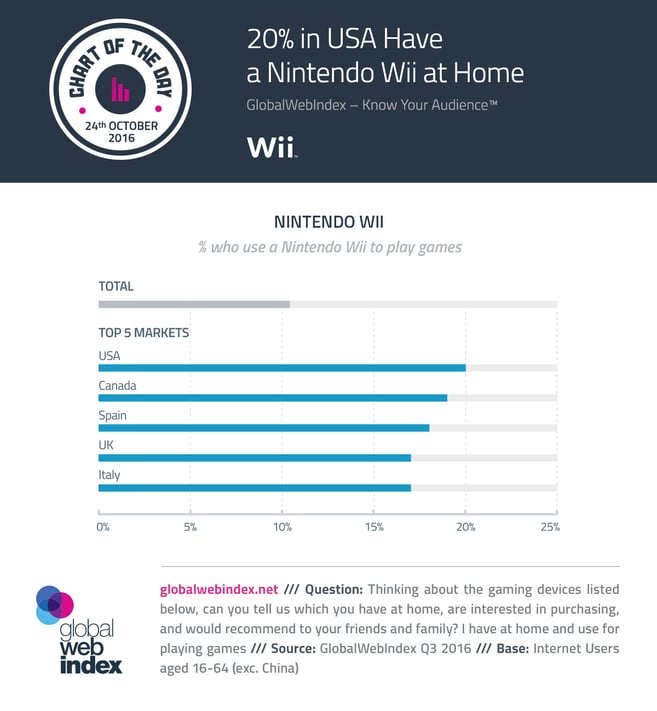