How popular are video on-demand services such as Netflix, HBO GO, Amazon Prime and Vudu?

Well, data from our brand new Q1 2014 wave of research shows that – globally – 22% of internet users aged 16-64 say that they have subscribed to such a platform in order to watch shows and films whenever they want.

At a national level, this behavior is much more common in some countries than others, though – with the US leading the way at 46% and all four of the top markets coming from the Americas.

In contrast, there’s little variation across the major demographic breaks. Younger age groups are a little ahead of older ones, but the figures are pretty equal by gender and income – indicating that the desire for on-demand content is fairly universal. 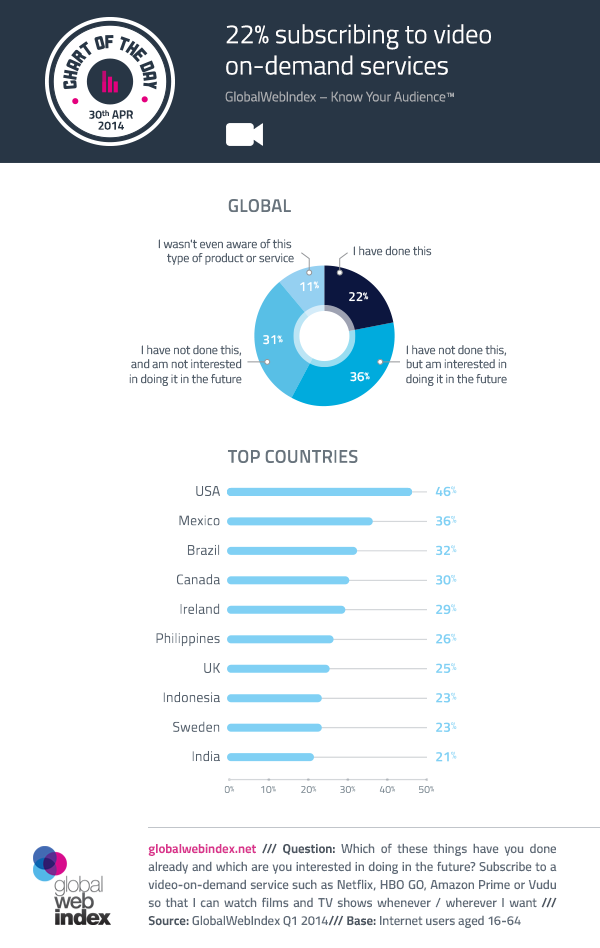