25-34s most likely to own wearables

It was once assumed that wearable technology would rapidly and dramatically change behaviors among consumers. In reality, wearables have been slow burners which – to date – have been greeted with a sense of curiosity more than anything else; as we explore in our GWI Device report (download a free summary here, overall ownership remains extremely modest – even if future interest is always much stronger. As can be seen at CES 2015, technology companies are creating a multitude of new wearables and seeing what catches on.

As with almost all other connected devices, global ownership figures for smartwatches and smart wristbands show few significant differences by gender. Much stronger trends emerge if we look at age – where 25-34s are in the lead – and by income, where the top 25% are more than twice as likely to have bought a wearable as their counterparts in the bottom 25%.

Regionally, APAC has a conspicuous lead for both devices, underlining the enthusiasm for portable internet devices in this part of the world as well as the young, affluent and tech-engaged nature of many of its internet users. Despite North America and Europe being the home of several high-profile wearable devices – as well as the first places which have been able to test things like Google Glass – it is here where current ownership remains lowest. 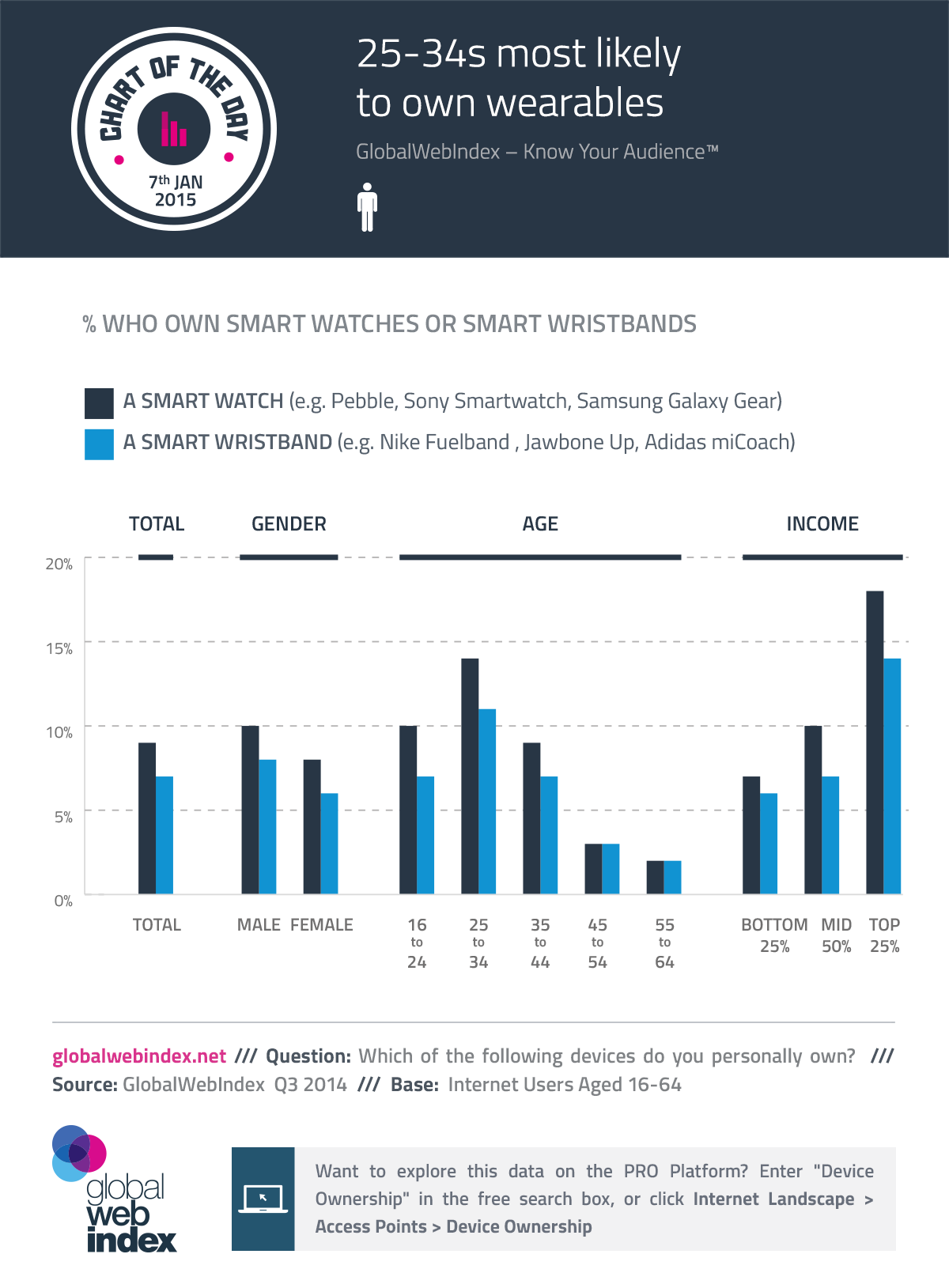