During the World Cup, we’ve been asking our Real-Time Panels in the UK, USA and Brazil about their viewing behaviors – giving us unrivaled insights into where, when and how people are engaging with the tournament.

Overall, an impressive 85% of online adults aged 16-64 in these three countries say that they’re watching matches; we’ve seen a notable increase in these figures since March, indicating that the pre-tournament build-up did its job in driving greater levels of interest and awareness.

Unsurprisingly, the vast majority (77%) of people tell us that they are tuning into live TV broadcasts. This peaks at a mighty 93% in Brazil.

But live online streaming is a major trend too: 26% have been doing this and it’s most common of all in the US.

Elsewhere, only about a fifth are watching via on-demand services or catch-up tools. As we might expect, then, the World Cup is definitely a must-see-live event.

Stay tuned for further World Cup insights all this week, including which social networks people are using and what they’re talking about. 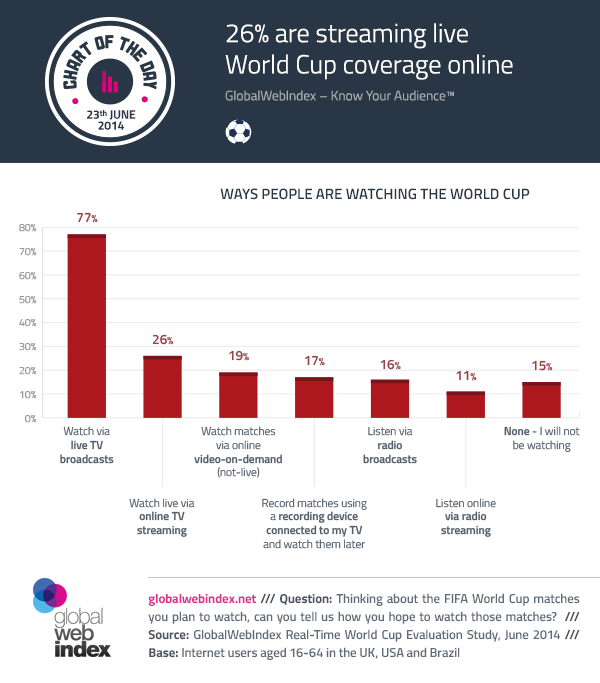