27% of internet users willing to pay for music downloads

This week, the International Federation of the Phonographic Industry (IFPI) released its annual report, saying that overall digital sales of music had increased by 4.3%, with music streaming services playing an important role. But it also noted that piracy remained a serious problem.

So, just what types of digital content do internet users say they are most willing to pay for? According to GWI’s latest data, music downloads are the most popular of all, topping a list of 17 different items. If we look at the demographics underlying this, it’s 25-34s, males and high income respondents who lead the way here.

Overall, only a third of internet users say they wouldn’t consider paying for any type of digital content. This varies significantly between markets, though: internet users in Vietnam are the most amenable to parting with their money, whereas those in Japan, the Netherlands and France are the least keen on doing this. 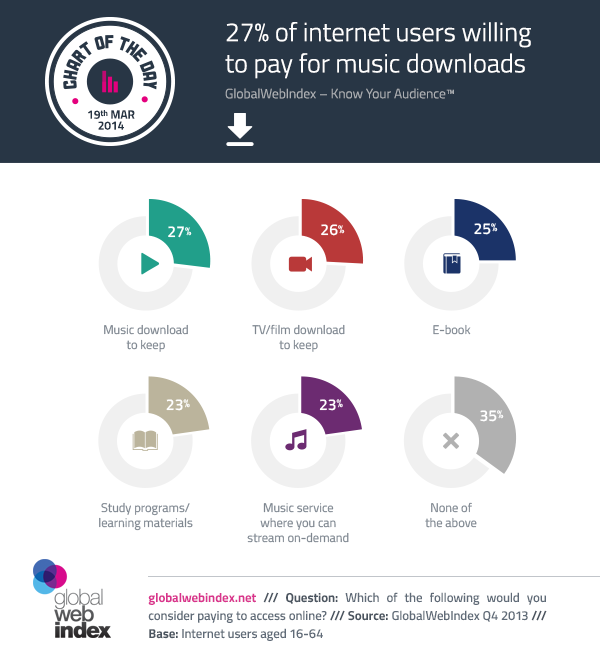