In another installment of this week’s smartphone Chart of the Day series, today we demonstrate the importance of voice tech in the smartphone market.

With almost 1 in 4 internet users already using voice command tools on their mobiles, this tech is key to the future growth strategies in the smartphone industry. Apple’s Siri continues to grab headlines, but Samsung will be looking to grab a bigger slice of the pie as its Developer Conference gets underway, especially with rumors circulating about the unveiling of a new version of Bixby, Samsung’s voice assistant.

Among all internet users, APAC scores the highest figures for using voice tech on mobile by some distance, with North America posting a strong score. Europe then lags behind. Among Gen Zers, however, North America jumps to pole position, with Europe also seeing significant increases. As such, intuitive voice assistants could be decisive in which smartphone brands these youngest consumers gravitate toward. 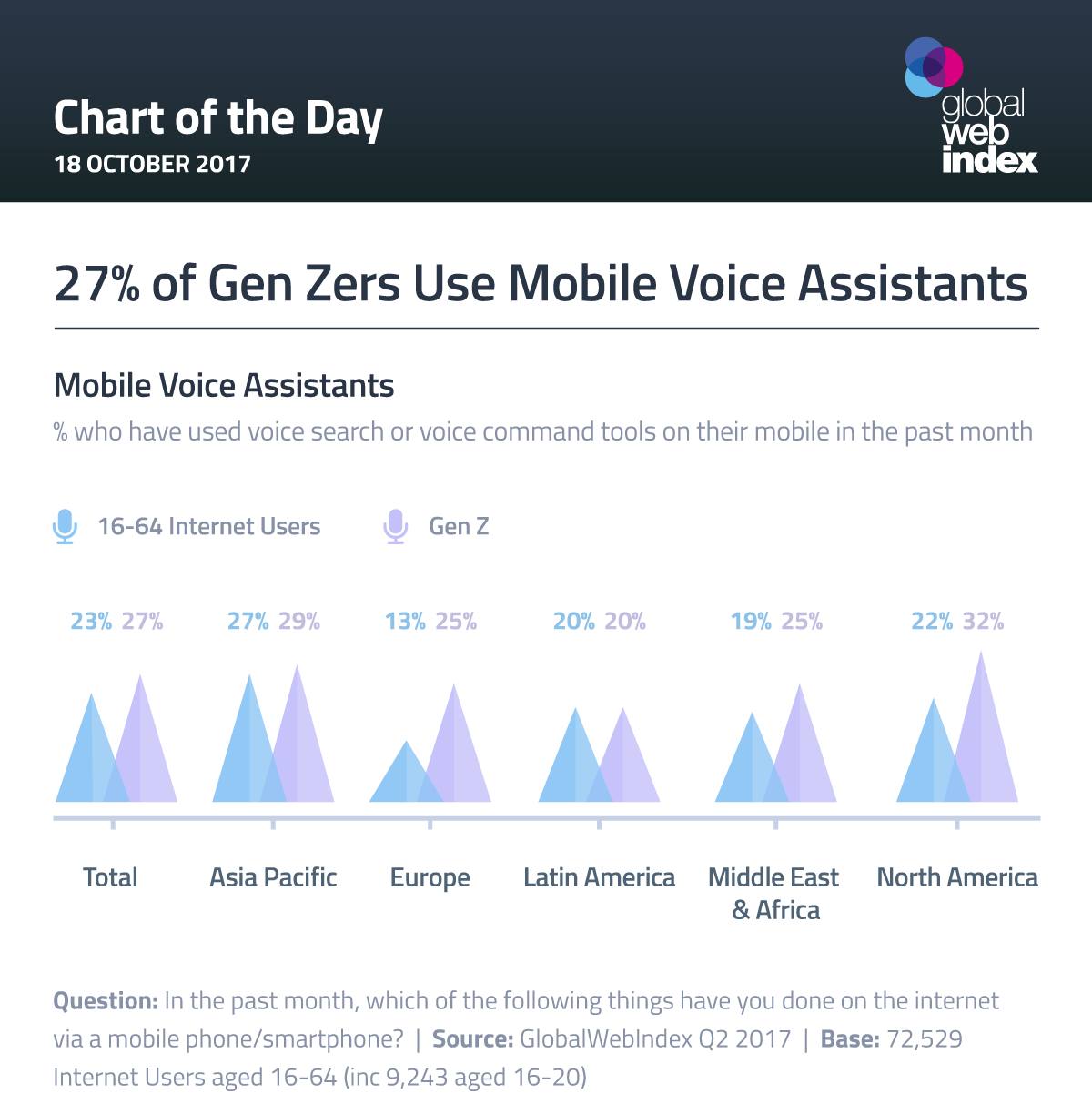