28% of Mobile-Only Users are in Rural Areas

In advance of GlobalWebIndex launching mobile surveys across 40 countries from Q1 2017 onwards, this week’s Charts of the Day have been previewing data from our recent Mobile Pilot, conducted among 85,000 internet users earlier this year.

One of the most important audiences within this study was the Mobile-Only group – those internet users who own/use no other connected device than a smartphone or feature phone. So far this this week, we’ve already seen that these individuals have a much younger age profile than average internet users, and are also more likely to be located in emerging markets.

Thursday’s chart concentrates on another particularly important characteristic for this group: their increased likelihood of living in rural areas. Almost 3 in 10 Mobile-Only Users come from rural environments, compared to just 1 in 10 among the Multi-Device audience. That’s an obvious reflection of mobiles opening up access to people who might other lack the infrastructure to get online via other connected devices.

Of course, we shouldn’t assume that the Mobile-Only audience is homogenous across markets of all types. On this particular metric, it’s suburban which sees the biggest decline among the Mobile-Only audience in mature markets such as Australia and the US, whereas it’s urban which sees the biggest dips in most fast-growth countries. 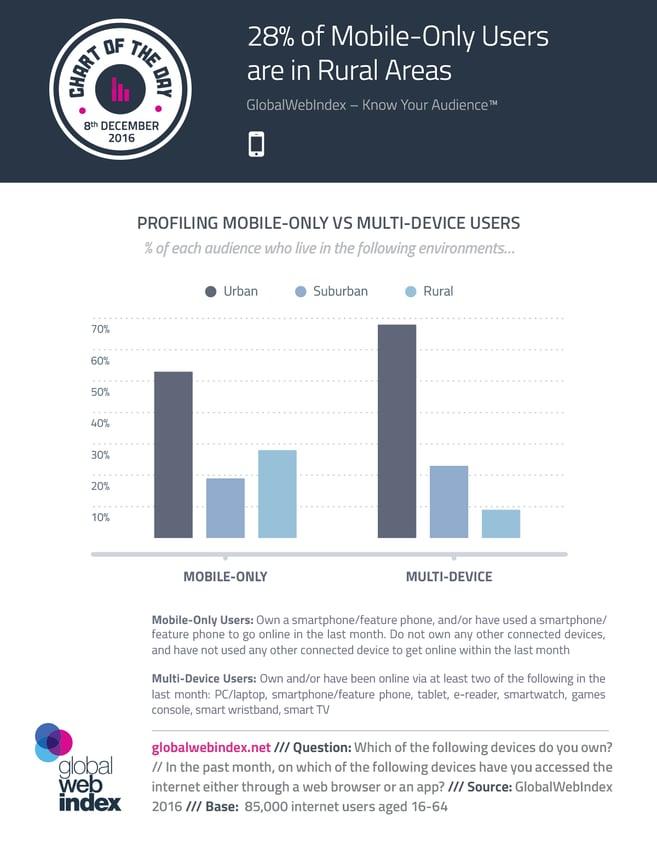