29% of smartphone users block ads on their main computers

With ad-blocking continuing to grab headlines, Thursday’s Chart of the Day looks at the number of smartphone users who are blocking ads on their main computers.

Globally, 29% of this audience are now doing this – with some particularly striking demographics underlying this headline figure. Male smartphone users over-index notably, being almost 10 percentage points ahead of women for ad-blocking. There is also a key age-based trend; the youngest smartphone users are the most likely to block ads (on 33%), with figures then falling directly in line with age.

With Apple’s introduction of ad-blocking tools on its handsets, these numbers show that there is a sizable audience who could easily adopt a similar approach on their smartphones. So, as awareness of these tools grows, there’s a clear possibility that this could quickly become a cross-device behavior.

To find out more about ad-blocking, download our new Ad-Blocking Trend Report here. 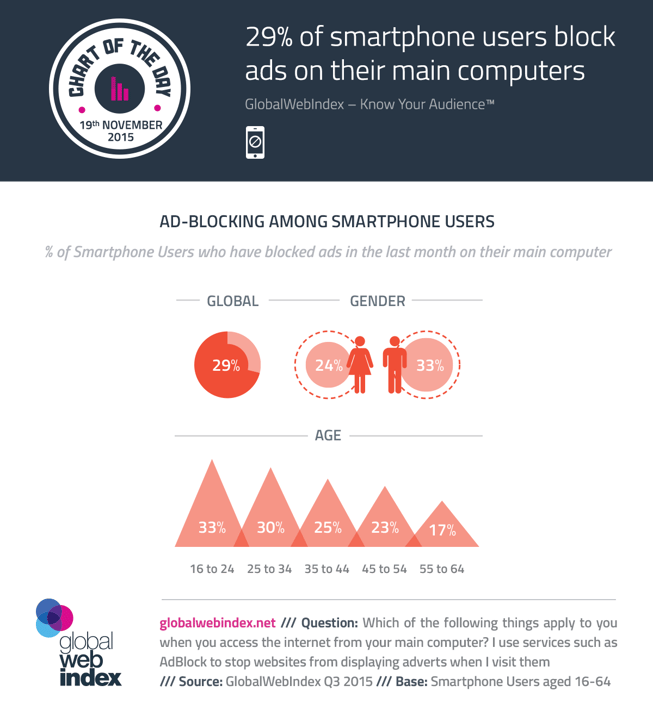